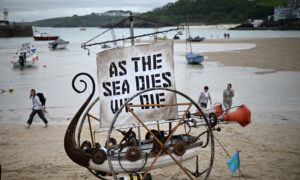 The World’s Climate Is Changing, so What Should We Do?
0
Share Now
TelegramFacebookTweetEmailTellMeWeReddit
Copy Link 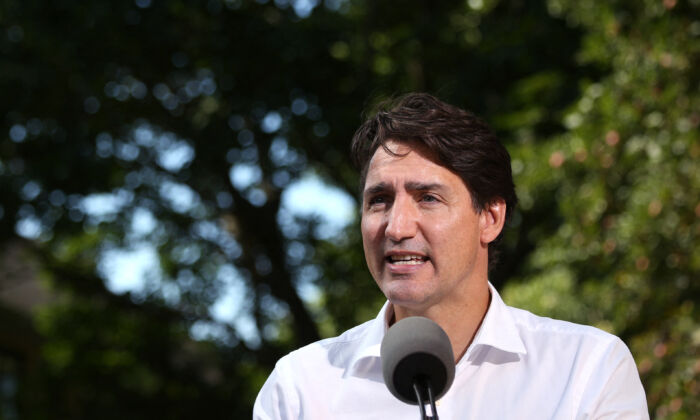 Canadian Prime Minister Justin Trudeau has said that “what we learned from this COVID crisis” will be applied to climate change, sparking fears from some of future “climate lockdowns” that will restrict freedom of movement and consumption in order to cut greenhouse gas emissions.

“Do you remember when we warned that covid lockdowns would segue into climate lockdowns?” obesity researcher Zoë Harcombe wrote on Twitter in response to a video clip of the comments.

Marc Morano of Climate Depot, who highlighted the remarks on his website, expressed concern about the power that he thinks Trudeau and other world leaders may be seeking.

“Declaring an emergency and then imposing, without a vote, the ‘solutions’ you want is what I believe Trudeau meant,” Morano told The Epoch Times.

“COVID lockdowns have brought the Progressive dream of a one-party state to Western democracies.”

In an interview with World Economic Forum head Klaus Schwab for Time magazine, Christine Lagarde, president of the European Central Bank, argued that “to move to this new normal, whether one likes the word or not, we need to anticipate and vaccinate, and then we need to learn the lessons of what we have just gone through.”

“I think the world that we will live in will bear the stigmas of COVID,” Lagarde said. “By that, I mean, we will not travel in the same way, as opportunistically and as randomly as we did. We probably will not socialize in the same way, as close to each other. And we will probably shift to better protection of biodiversity and better protection of the climate than otherwise we would have had.”

In the United States, Assistant Secretary of Health and Human Services (HHS) Rachel Levine has explicitly linked climate change to public health, doing so in connection with the launch of HHS’s new Office of Climate Change and Health Equity on Aug. 30.

“COVID-19 highlighted the inequities faced throughout our nation. Unfortunately, some of the same groups disproportionately impacted by COVID-19 will be the same groups struggling the most with the effects of climate change on our health,” Levine said. “We will use the lessons learned from COVID-19 to address these disparities, prioritizing and protecting the nation’s health.”

COVID-19 was declared a national emergency under the same framework in 2020, with the emergency extended by Biden through February 2022. A separate COVID-19 public health emergency declaration by HHS has been continually renewed since 2020, most recently in July.

Writing in The Hill, Ryan P. Burke of the U.S. Air Force Academy argued that Biden would have to link climate change to national defense and security to justify such a declaration—a move the Biden administration has tried to make through a far-reaching executive order on climate.

While explicit “climate lockdowns” aren’t yet a reality, academics, activists, and government officials have begun to express an interest in climate lockdowns and other radical measures, such as carbon rationing, in order to restrict carbon emissions.

In a September 2020 article for Project Syndicate, Mariana Mazzucato, a professor at Imperial College London in the UK, explicitly warned that “in the near future, the world may need to resort to lockdowns again—this time to tackle a climate emergency.”

“Under a ‘climate lockdown,’ governments would limit private-vehicle use, ban consumption of red meat, and impose extreme energy-saving measures, while fossil-fuel companies would have to stop drilling,” Mazzucato wrote.

The “Absolute Zero” report, produced with UK government support by the UK FIRES research consortium, argues that greenhouse gas emissions must be cut “to zero by 2050.”

In his remarks to the 2020 G-7 Speakers Meeting, Sir Lindsay Hoyle, the speaker of the UK House of Commons, appeared to advocate for COVID-19-style “limitations on personal choice and lifestyle” to address climate change.

“No one could ever imagine that we would be wearing masks so readily and that we would all be so compliant,” Hoyle said. “Perhaps we ought not to underestimate the ability of people and communities to work together for the common good, if there is united and clear leadership.”

“I am ready for carbon rationing. Are you?” Rosalind Readhead, an environmental campaigner who goes by the handle @Privatecarfree, wrote on Twitter.

In Finland, where the government recently led a trial of “basic income,” the town of Lahti has launched a voluntary carbon rationing plan based on a smartphone app, CitiCap, on which users buy and sell carbon credits from each other.

Trudeau’s press office didn’t respond to requests for comment on his remarks by press time.