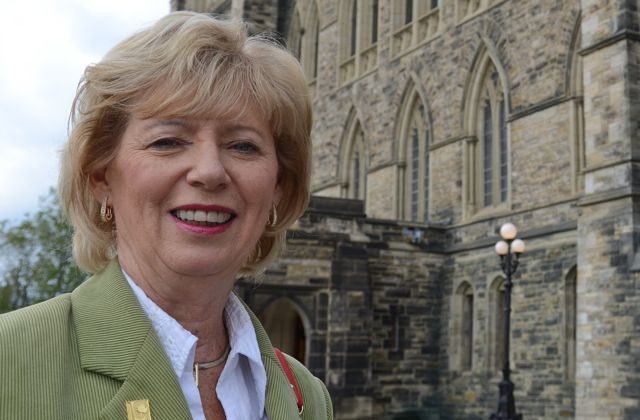 Canadian Parliamentarians Plan Visit to Taiwan in the Fall

Several Canadian parliamentarians are planning a trip to Taiwan this fall, following in the footsteps of U.S. House Speaker Nancy Pelosi who visited the self-ruled democracy earlier this month, according to Liberal MP Judy Sgro.

Sgro said eight members in the House of Commons standing committee on international trade, which she chairs, are planning a trip to Taiwan as early as October, according to CBC News. The Canadian MPs are also members of the parliamentary Canada-Taiwan Friendship Group.

“The trade committee is very anxious to go and to visit Taiwan and see what opportunities there are for deeper trade relations between our two countries,” she said in the article published Aug.16, adding that the planning for the trip began last spring.

Sgro’s announcement comes after Pelosi made a stop at Taiwan on Aug. 3 during her Asia trip earlier this month, where Pelosi reiterated the United States’ determination to help defend the island nation, which sits just off the east coast of communist-led China.

Beijing, which sees Taiwan as part of its territory, has taken steps to isolate it from the international community while making increasingly aggressive threats toward the island.

Prior to Pelosi’s visit, China announced a temporary ban on food imports from over 100 Taiwanese companies. It also conducted several military exercises near Taiwan before and after Pelosi’s visit, causing the cancellation of dozens of international flights.

Sgro said the Canadian officials’ plan to visit Taiwan trip is “necessary,” even though there was “significant strain” on international relations following Pelosi’s trip, adding that “we certainly will use diplomacy as we proceed.”

“Democracy is cherished and an important part of what we all live in every day. We need to protect other countries that have fought for their freedom and for their democracy,” Sgro told CBC.

“So, yes, I’m trying to be diplomatic in my comments, but clearly I’m proud that Canada is standing up to China as well. And I think that pushback is very important.”