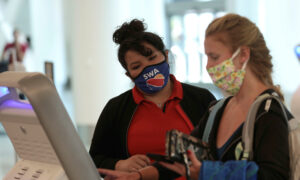 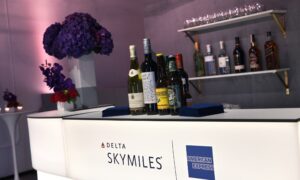 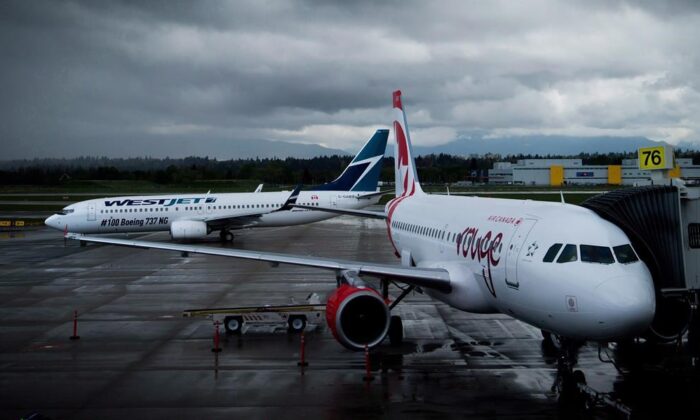 A Westjet Boeing 737-800 (L) taxis past an Air Canada Rouge Airbus A319 at Vancouver International Airport in Richmond, B.C., on April 28, 2014. (The Canadian Press/Darryl Dyck)
Canada

Canadian Opinions Turbulent on Airlines COVID-19 Plans, According to Poll

Seventy-two percent of Canadians surveyed by Leger and the Association for Canadian Studies say they’re not comfortable flying since a decision by some airlines to relax their own in-flight physical distancing requirements.

As of July 1, Air Canada and WestJet both ended policies blocking the sale of adjacent seats.

The measure was seen to align with a guidance document for the aviation industry issued by Transport Canada in April to help curb the spread of COVID-19.

Among other things, the department had suggested passengers should be widely spaced when possible, though they did not make it mandatory.

Airlines, however, are required to make passengers and air crews wear masks.

Only 22 percent of those surveyed said they’re comfortable getting aboard with no in-flight physical distancing and a requirement to wear masks.

There’s more to it to keep flights safe, WestJet said in a statement last week after critics attacked its plan.

“What makes an airplane, and the entire journey, safe is the layers of enhanced cleaning, the wearing of masks and the hospital-grade HEPA filters that remove 99.999 percent of all airborne particles,” the airline said.

“The hygiene standards we have now are world-class and backed by industry experts.”

Critics have also previously pounced on the airlines for another move: refusing to fully refund tickets for flights cancelled due to the pandemic.

Thousands of people have beseeched Transport Minister Marc Garneau to compel airlines to issue refunds, but he has refused, arguing that mandating reimbursements from a sector that’s lost more than 90 percent of its revenue would cripple the industry.

But 72 percent of those polled say they totally oppose his decision.

In lieu of refunds, the airlines have offered vouchers but the poll suggests that it may take a while before people will rebook previously cancelled trips: 85 percent of those surveyed told pollsters they have no plans to travel outside the country by the end of the year.

The survey polled 1,517 people and can’t be assigned a margin of error because online polls are not considered truly random.

Pollsters were in the field between July 3 and 5, a historically popular few days for Canadians and Americans to be on the move between the two countries, given the July 1 Canada Day holiday and the U.S.’s July 4 Independence Day.

But the border remains closed to non-essential traffic, and the majority of Canadians surveyed said they feel it needs to stay that way. The current mutual closure agreement is due to expire July 21.

Of Canadians polled, 86 percent said they totally disagreed with re-opening the border at the end of July, allowing Americans back into the country.

Americans seem more eager both to head north and to welcome Canadians south; 50 percent agreed the border should re-open and 36 percent disagreed.

The potential for cross-border transmission of the virus has been a key factor in the decision to keep the border closed. Currently, rates of COVID-19 infection in the U.S. continue to climb, while in Canada the curve appears to be on a downward trajectory nearly everywhere.

In the U.S., 42 percent of those surveyed felt the darkest days are ahead, 25 percent believe the U.S. is in the middle of the worst part now while 21 percent think that’s already passed.