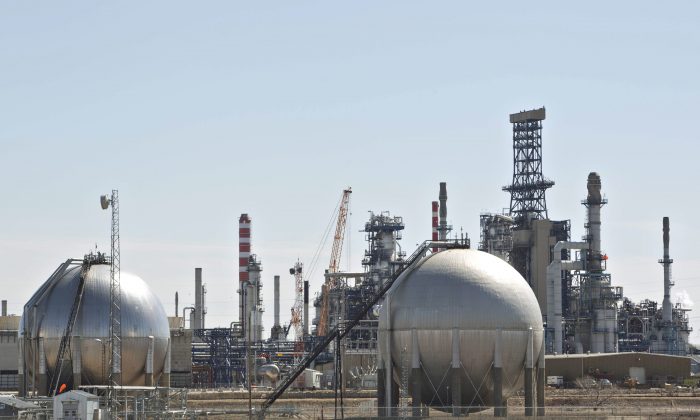 The new shareholder rights plan could be triggered if anyone buys 20 percent or more of COS outstanding shares. At that point, other shareholders in the target company can buy stock at a discount, making the acquisition less attractive to a hostile bidder.

Bids permitted under the new shareholder rights plan—on top of one that was already in place—must be open for 120 days. Since Suncor’s $4.3 billion all-stock offer is open until Dec. 4, COS said it doesn’t pass muster.

Suncor announced on Monday, Oct. 5, that it would be taking its offer directly to COS shareholders following two rebuffed attempts. It had approached COS in March and April in the hopes of inking a friendly deal.

Suncor’s offer would also see it taking on $2.3 billion in COS debt, bringing the total price tag to $6.6 billion.

The current offer is worth substantially less than the earlier overtures—$8.84 a share as of Friday’s close versus $11.84 on March 31.

The outlook for crude prices has deteriorated since Suncor’s earlier attempts. Although West Texas Intermediate crude has nudged closer to the US$50 a barrel mark in recent days, Suncor sees a “lower for longer” scenario.

“The board will consider Suncor’s unsolicited offer in both the current context and in light of the strong long-term potential of Canadian Oil Sands,” said COS board chairman Donald Lowry.

“Shareholders do not need to take any action or make any decision about the Suncor offer until the board has had an opportunity to fully review the offer and to provide a recommendation based on careful analysis.”

“We’re disappointed but not surprised by COS board’s decision to adopt a new, board-approved shareholder rights plan in the face of our offer. This inappropriate defensive tactic limits the ability of COS shareholders to decide,” he said.

“When we presented our full and fair offer on Monday, it was a permitted bid and the rights plan in place was a COS shareholder-approved plan. With a 43 percent premium to market price and investment in a company that has a strong track record of returning cash to shareholders, we’re confident in the value our offer provides to COS shareholders.”

COS is the largest partner of the massive Syncrude oil sands mine in north-eastern Alberta, with a 37 percent stake. Suncor has a 12 percent interest in the development.

If Suncor—already the dominant oilsands producer—is successful in taking over COS, it would own just under half of Syncrude.

Suncor and Syncrude are the oldest operators in the oil sands, with side-by-side mines north of Fort McMurray, Alta.

Some observers have said ExxonMobil-controlled Imperial Oil (TSX:IMO), which has a 25 percent stake in Syncrude and manages its day-to-day operations, may look to top Suncor’s offer.