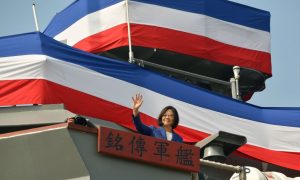 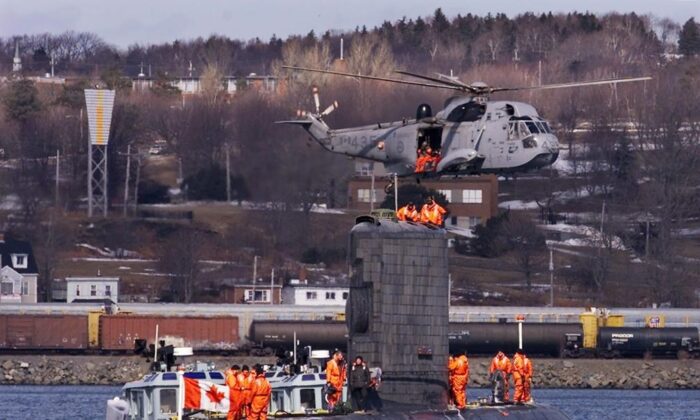 A Sea King helicopter flies over HMCS Corner Brook, the third of four Victoria-class submarines leased from Britain, as it arrives in Halifax on March 10, 2003. (The Canadian Press/Andrew Vaughan)
Canada

OTTAWA—One of the Royal Canadian Navy’s beleaguered submarines is remaining in dock an extra year due to a leak in its main ballast tank, which is used to control whether it goes up or down in the water.

The Department of National Defence says the leak was found in March after the companies working on HMCS Corner Brook didn’t follow the proper procedures for draining the tank during regular maintenance.

Defence Department spokeswoman Jessica Lamirande says the leak is being fixed at the companies’ expense, with repairs in Victoria.

However, because of the leak and difficulties working on the vessel during the COVID-19 pandemic, Lamirande says the submarine won’t be ready for service again until June 2021—more than a year later than planned.

Corner Brook was originally to supposed to be back in the water this past May.

The leak is just the latest challenge to befall Canada’s fleet of four submarines, which have spent more time in repairs than at sea since being bought second-hand from Britain in 1998.