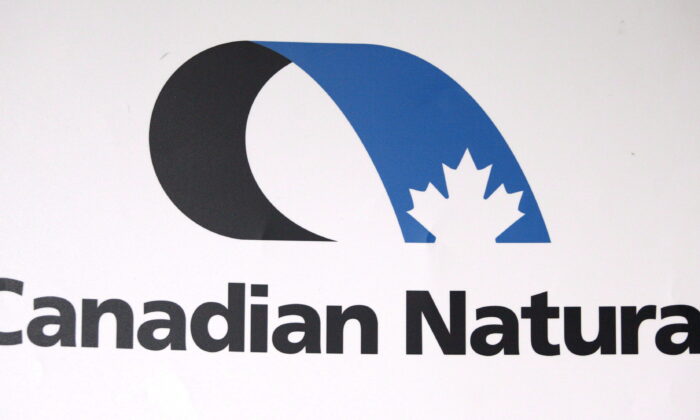 The Canadian Natural Resources Ltd. logo, in a photo taken at the company's annual meeting in Calgary, on May 3, 2012. (The Canadian Press/Jeff McIntosh)
Companies

CALGARY—Canadian Natural Resources Ltd. says it earned a third-quarter profit of $408 million, down from nearly $1.03 billion in the same quarter last year.

However, profit was up from a loss of $310 million or 26 cents per diluted share reported in the second quarter of this year, as the company benefited from reduced operating costs and higher commodity prices.

Canadian Natural had an adjusted loss from operations of $772 million or 65 cents per diluted share in the second quarter of this year.