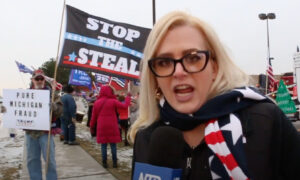 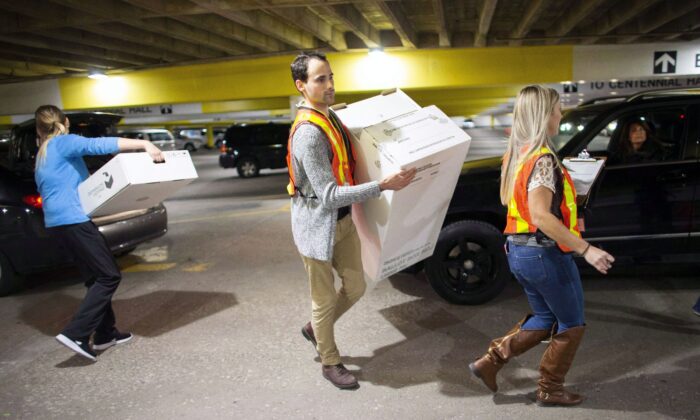 Many Canadian municipalities continue to favour online voting and computerized vote counting despite controversies around these technologies and expert warnings about cybersecurity risks and other issues.

Twelve Canadian municipalities used some form of online voting in 2003, 44 in 2010, 97 in 2014, and 194 in 2018, according to a CBC report. In the municipal elections in Ontario in 2018, 99 municipalities used Intelivote Systems and appeared to have no glitches, CBC reported at the time. However, another 51 municipalities, all of which used Dominion Voting Systems, experienced problems and had to extend voting hours, with some communities having to extend the voting period by a full 24 hours, CBC said. Dominion blamed the problem on bandwidth limits placed by a third-party provider, CBC reported.

Aleksander Essex, an associate professor of software engineering at Western University, co-authored an award-winning paper on the cybersecurity of online voting in the context of Ontario’s 2018 municipal election. The paper documented many “non-best practices observed in the election, including weak voter authentication, poor transparency and accountability of election results, and a general lack of disaster-preparedness.”

Essex told The Epoch Times that online voting neither inspires confidence nor deserves it.

“There are no paper ballots. You only have what the system tells you and you just have to trust it, which in my view is just not acceptable. But despite all of that, despite years of trying to work with these clerks to inform them about the democratic risks, at least in Ontario and Nova Scotia … they’re very adamant that they’re just going to proceed anyway.”

Essex’s paper also found that up to 50 percent of the online voters in Ontario’s 2018 municipal elections “were uniquely re-identifiable by their login credentials,” compromising ballot secrecy. This led the authors to “question whether the democratic and legal principles of the Municipal Elections Act are being adequately protected by the technology deployed in practice.”

Nearly half (49 percent) of Ontario municipalities used online voting in the 2018 election, according to a survey by the Association of Municipal Managers, Clerks and Treasurers of Ontario. Elections Ontario, for its part, has not implemented any form of networked voting for its provincial elections due to concerns over the integrity and secrecy of the vote. However, it did use electronic voting machines and voter lists for the first time in the 2018 provincial election.

In B.C., a 2014 report for the provincial government by an independent panel said internet voting was too fraught with risks in terms of security, transparency, and auditability to be implemented at that time. And although the City of Vancouver has used tools such as electronic ballot counters and voters’ lists for years, it will not be seeing internet voting any time soon, due to the risks involved, according to an October 2020 article in the Vancouver Sun.

In Ontario, the City of Markham has used online voting since 2003. And, according to Essex, the city recently hosted the world’s top computer voting companies in a week-long showcase for Ontario municipalities.

“They have sort of a bonanza of internet voting sales, and what they’re doing is they’re trying to get deals with the various Ontario cities to then run their elections in the 2022 Ontario municipal election,” Essex explained.

On Dec. 2, the City of Vaughan, Ont., announced it would adopt online voting for its 2022 election “and provide a new avenue of accessible voting in the comfort of one’s own home.”

But online voting has not been without controversy. A 2018 legal application to stop online and phone voting from taking place in Lambton Shores, Ont., was dismissed. Following the election, four unsuccessful candidates and two voters argued in court that the election should be annulled and a new vote held. Justice Thomas Carey of the Ontario Superior Court of Justice ruled that the election was valid.

Essex said he has spoken to “former mayoral and council candidates in multiple cities around Ontario” who questioned the validity of internet voting, especially when their internal polling suggested results much different from the official results. But he says they didn’t want to speak out lest they damage the trust of the community in election integrity.

“In many cases they were saying, ‘I think there’s something going on here. … I can’t explain why I lost but I also can’t prove that something went wrong. It would be damaging to the community for me to make a claim that the election was rigged without anything to point to, and so on that basis I’m just going to have to accept it. I don’t have any other choice. I don’t see any other way to deal with this.’”

Essex said some complainants asked clerks for more information, such as a list of unique IP addresses from which votes would have been received. However, that information was held by the vendors.

Ballots are filled by hand in provincial elections in New Brunswick and Ontario, but voting machines tabulate the results. This method, also used in many Canadian municipalities, was similarly employed in many jurisdictions in November’s elections in the United States.

“We remain very confident in the tabulation machines and also our relationship with the current provider, which is Dominion Voting Services,” he told The Epoch Times. “We have had a number of provincial judicial recounts and none of them resulted in a change in the result. And there have been multiple recounts in close municipal elections.”

In the recent U.S. presidential election, online voting was not used, but its use of electronic voting systems has become a point of contention for the Trump campaign. President Donald Trump called the Dominion voting machines used in the Nov. 3 election a “disaster” and alleged they “changed the results of a landslide election.”

In November, amid allegations of voter fraud in the United States, Trump retweeted a Twitter post by Elections Canada that said, “We use paper ballots counted by hand in front of scrutineers and have never used voting machines or electronic tabulators to count votes in our 100-year history.”

“This says it all!” Trump commented.

In an emailed statement, a Dominion spokesperson said the company has been “the target of a widespread disinformation campaign seeking to undermine confidence in the integrity of the 2020 election.”

“All U.S. voting systems must assure that they work accurately and reliably under federal and state certification and testing requirements,” Mariel Messier said.

Essex said Canada would benefit by facilitating risk-limiting audits, in which random samples of paper ballots are weighed against tabulated results. If the variance is too high, the process repeats in larger sample sizes that grow to a full recount if necessary.

“We need to update the laws to allow this,” he said. “We shouldn’t be using scanners if we don’t have the audit tools to back up the results. And right now in Canada we don’t.”