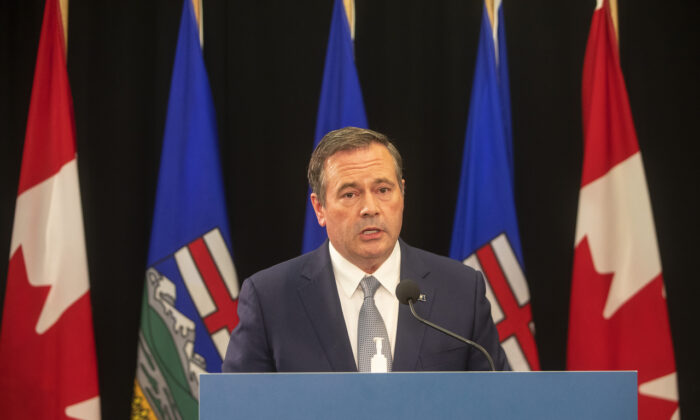 Public Safety Canada said in a release that Alberta had asked for “additional medical personnel needed to combat the fourth wave of COVID-19 across the province.”

A military contingent was expected to arrive on Oct. 4 to decide where to deploy the critical care nurses.

The Canadian Red Cross is also preparing to send up to 20 medical professionals, some with intensive care unit experience, to relieve medical staff working in Alberta hospitals.

Hospitals in the province have been struggling to accommodate an influx of new COVID-19 patients in recent weeks. Alberta Health Services reported 263 COVID-19 patients in intensive care on Oct. 4, representing a slight drop in the number of critically ill patients since last week.

The Government of Canada said in a news release that the Red Cross is working closely with Alberta Health Services to finalize a plan to position the medical personnel in areas with the greatest needs.

“The Red Cross is ready and well-positioned to provide support with medical personnel. Throughout the pandemic, the Red Cross has sent specialists to intensive care units in hospitals, supported public health units with vaccination, and provided comfort and care to returning travellers requiring isolation,” Conrad Sauvé, President and CEO of the Canadian Red Cross, said in the release.

Newfoundland and Labrador is also sending a medical team of five or six intensive care staff to help out in Fort McMurray, in northern Alberta.

“I know that Alberta healthcare workers will be grateful for the helping hand and that all Albertans are thankful for any assistance at this challenging time,” Kenney said at a news conference on Sept. 30.

Kenney also said last week that the military support would likely be deployed to Edmonton, the Red Cross to the Red Deer Regional Hospital, and the Newfoundland team to Fort McMurray.

Sajjan said that since the beginning of the pandemic, the military has responded to more than 65 requests for assistance from provincial or federal partners.

According to Public Safety Canada, the Government Operations Centre has administered over 130 requests for assistance from federal, provincial, and territorial partners, since the outbreak of the COVID-19 pandemic.