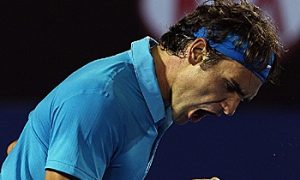 Federer Cruises Past Hewitt at Australian Open
0
US

As Canada and its Second World War allies prepare to celebrate the 65th Anniversary of Victory in Europe (VE) Day on May 8, the Netherlands is honouring a Canadian military historian with a knighthood.

Dr. Dean Oliver, director of research and exhibitions at the Canadian War Museum, has received the Dutch honour, Knight in the Order of Orange-Nassau.

The esteemed decoration is bestowed by Queen Beatrix of the Netherlands on Dutch citizens and foreign nationals who have performed outstanding service to society. The title bears the hyphenated name used by the Royal Family of the Netherlands since the 16th century.

A noted historian of the Second World War, Oliver has played a prominent role in commemorating Canada’s involvement in the Liberation of the Netherlands, one of the most celebrated events in Holland. It is also one of the proudest moments in the annals of Canada’s military.

Oliver has also worked to build and sustain a strong connection between the museum and Canada’s Dutch community.

“The pivotal role Canadian soldiers have played in liberating our country has given Canada and the Netherlands a shared military history. This shared history is highly visible in the Canadian War Museum,” His Excellency Wim J.P. Geerts, Ambassador of the Kingdom of the Netherlands in Canada, said in a statement.

“Dr. Oliver is the primary creator of the War Museum’s new historical exhibits on the 1939-1945 war. That the exhibits in the new building give appropriate attention to the Canadian role in the Liberation of the Netherlands is largely thanks to him. For this, Dr. Oliver has earned the respect of Canada’s Dutch community.”

A respected scholar and museologist, the historian is known for his leadership in developing the museum’s Canadian Experience Galleries, a permanent exhibition of the human experience of war and its effect on communities and individuals. He also played a significant role in developing Forged in Fire, a Second World War gallery, and its major exhibits devoted to the Liberation of the Netherlands.

The Canadian War Museum tells the story of the liberation and the sacrifice of the Canadian soldiers who fought in the difficult conditions of the Low Countries in 1944 and 1945. It summarizes the liberation and Canada’s role in providing aid and medical help to the Dutch people who had suffered widespread hunger and hardship under the German occupiers.

It concludes by focusing on the Dutch Royal Family’s wartime refuge in Canada and presenting a reminder of the special relationship between the two countries that continues today.

In the approach to VE Day, the Dutch are preparing to welcome Canadian veterans back to the Netherlands to celebrate both the VE Day and the Liberation of the Netherlands. VE Day events will be held in Ottawa on May 8 at the National War Memorial as well as in other cities and towns across the country.

More than a million Canadians contributed to defeating the Axis in the Second World War. As of March 2009, about 163,450 Canadian WW ll veterans are still alive with an average age of 86.