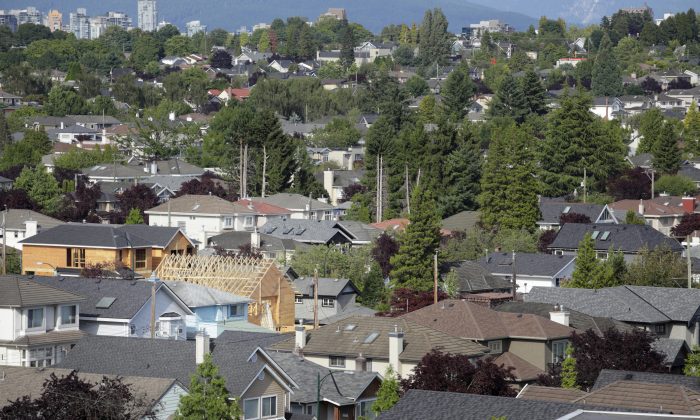 A view of residential properties in Vancouver. Recently released Canadian housing market figures are staggering for Vancouver as compared to the numbers for the rest of the country: Year-over-year sales are up 64.3 percent, and from August to September they’re up 6.7 percent. (Temmuz Can Arsiray/Photos.com)
Canada

Canada’s housing market received more evidence of improvement with a modest month-over-month rise in existing home sales, while year-over-year increases continue to be skewed by last fall’s swoon, according to data released by the Canadian Real Estate Association (CREA) on Tuesday.

The story here is that year-over-year comparisons are less meaningful due to the measures enacted by the federal government to cool down the housing market last summer.

According to CREA, sales were up in 75 percent of local markets, led by Greater Vancouver, Calgary, Edmonton, and Greater Toronto.

On a more downbeat note, Halifax home sales are down 11.1 percent year-over-year and down a surprising 10.3 percent from August to September.

BMO points out that the 0.8 percent rise, while better than forecasted expectations, is lower than the 2.6 percent monthly pace seen over the prior four months.

BMO suspects, “much of the strength over that period was in response to higher mortgage rates.”

The upshot is that this type of activity should fade later this year as mortgage rates have generally been steady since late August and borrowers will feel that there’s no need to rush to lock in a mortgage rate now.

CREA’s assessment of the housing market is that it’s still balanced based on a national sales-to-new listings ratio of 56.1 percent last month.

“Based on a sales-to-new listings ratio of between 40 to 60 percent, about three of every five local markets were in balanced market territory in September,” CREA said.

The national average price for homes sold in Canada (not seasonally adjusted) in September was $385,906. This is up 8.8 percent from September last year.

But in terms of the Multiple Listing Service (MLS) Home Price Index (HPI), the aggregate composite index rose 3.13 percent year-over-year. The difference with using the MLS HPI is that it is not affected by the change in mix of sales like an average price could be.

National Bank points out, “It is only the third time in 15 years that prices have failed to grow in eight of the 11 regions at this time of the year.” Also, only four regions exceeded the national average, which is the lowest since June 2012.

As has been the case for the past few months, Canada’s housing market is on stable footing and is showing signs of improvement after last year’s fall.