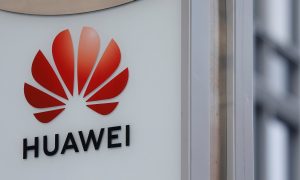 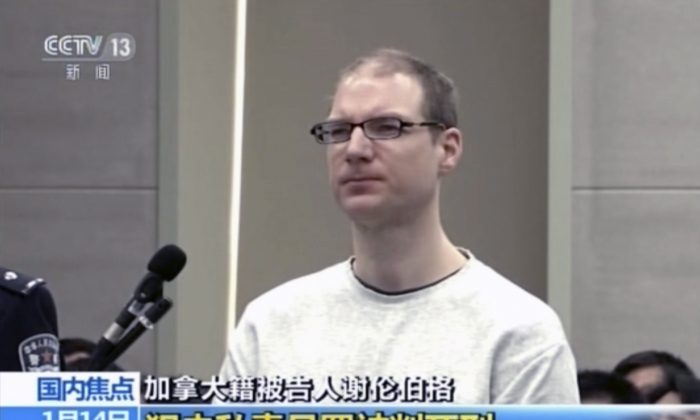 TORONTO—China has sentenced a Canadian citizen to death following the appeal of his earlier 15-year imprisonment sentence.

Robert Schellenberg, accused of attempting to smuggle 220 kilograms (485 pounds) of methamphetamine from China to Australia in 2014, appealed his case in December. But the court ordered a retrial and suggested that a harsher punishment may be required.

On Jan. 14, the Dalian Intermediate People’s Court sentenced the Canadian to death.

Schellenberg’s retrial that led to his death sentence, along with the detention of former Canadian diplomat Michael Kovrig and Canadian businessman Michael Spavor, all occurred after Canadian officials arrested Huawei executive Meng Wanzhou on an extradition request from the United States. China had warned Canada of “grave consequences” if Meng wasn’t released immediately.

Speaking to reporters, Canadian Prime Minister Justin Trudeau called the death sentence arbitrary, and said that Canada is very concerned about the case.

“It is of extreme concern to us as a government, as it should be to all our international friends and allies, that China has chosen to begin to arbitrarily apply [the] death penalty, as in this case facing a Canadian,” Trudeau said.

Michael Cooper, a member of the Canadian Parliament who was in China last week as part of a parliamentary delegation, told The Epoch Times that the sentence illustrates the extent of the tension in the Canada–China relationship.

“[Schellenberg’s death sentence] is outside of any concept of what we in Canada understand to be the rule of law, and I think it just further illustrates the fact that there is a considerable chill in terms of the Canada–China relationship,” said Cooper, who is now in Cambodia to take part in the Asia-Pacific Parliamentary Forum. The conservative member of Parliament said he intends to raise his concerns about the detained Canadians and Schellenberg’s sentence to the Chinese delegation at the forum.

Donald Clarke, a law professor at George Washington University who writes about Chinese law, outlined a number of unusual features about Schellenberg’s case that he said suggest the case “may be connected to China’s efforts to get Meng Wanzhou” released before her extradition to the United States. Meng was granted bail in a Vancouver court in December, and is now fighting extradition.

“The court, instead of deciding the appeal one way or the other by itself, sent the case back down to the original trial court for a re-trial,” Clarke wrote in a blog post on LawFare.

According to Clarke, at most 2 percent of cases were sent for retrial in 2017. What’s more, when cases are sent back for retrial, it’s generally to clear up some facts, and the result is expected to benefit the defendant.

“The case appears to reinforce the message, previously suggested by the detentions of Canadians Michael Kovrig and Michael Spavor, that China views the holding of human hostages as an acceptable way to conduct diplomacy,” he wrote.

Clive Ansley, a Canadian lawyer, was the first foreigner to set up a law office in Shanghai in the 1980s, and among the first to do so in China.

He says that China’s leaders seem to think the Canadian government can influence the courts in the same way the Chinese Communist Party can in China.

“When these things happen, the Chinese regime will express outrage at Canada for detaining Chinese nationals, and demand that they be put on the next plane back to China,” Ansley, who is now living in Canada, told The Epoch Times. This is because in his own country, Ansley said, the Chinese leader can just pick up the phone “and tell the chief judge of the court what is required and virtually dictate the action to the court.”

Ansley eventually closed his practice in China in the early 2000s due to different factors, among them the fact that foreigners had no chance of winning cases against the Chinese.

He explained that back in the 1980s, when China was under the reign of Deng Xiaoping, Beijing had a policy of opening to the West.

“The Communist Party, as we all know, is in the business of murder, among other things. But as far as it affects foreigners, they wanted foreigners to feel welcome and to come and invest and so forth. I certainly never felt threatened at any time in those days,” he said.

However, the environment changed over time.

“A decree came down from the Supreme Court in Beijing to all the lower courts which read: When you have a dispute between a foreign party and a Chinese party in your court, you must ensure that the judgement reflects the national interest,” he said.

“As a principle, it’s virtually impossible for a foreign party to win a lawsuit against a Chinese party in a Chinese court.”