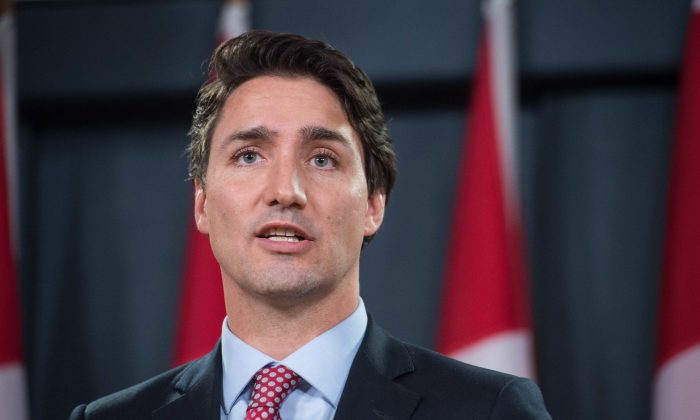 The times they are a changing.

The foreign policy successfully followed by Ottawa for almost a decade will shortly be door nail dead. Designed and implemented by Prime Minister Stephen Harper, Canadian foreign policy has been consciously more assertive and direct. Ottawa hasn’t hesitated to “call a spade, a spade” when addressing foreign policy challenges around the world.

Such will not be the case under Trudeau-Liberal direction.

The existential Liberal concerns are domestic. The Ministry of Foreign Affairs doubtless anticipates this regime change with pleasure.

To cite some examples:

While not the originator of Canadian commitment against Taliban forces in Afghanistan, Harper increased forces and kept them operating in harm’s way while all-too-often other NATO contingents spent more time in barracks than in the field. There was little to be gained by this commitment, for example, no domestic Afghan–Canadian constituency, in a country far away that the average Canadian couldn’t locate on a map and wouldn’t consider worth the life of a single soldier. For Harper, it was a matter of principle to resist Taliban terrorism.

It is difficult to imagine Trudeau-Liberal foreign policy making a comparable commitment.

Although Trudeau may continue the popular Canadian training regime in Ukraine, he will doubtless moderate official rhetoric regarding Russia. Continued Canadian commitments in the Baltics and “show the flag” naval excursions in the region may not long endure.

With regard to the multiple Middle East conundrums, Harper had a particularly clear view. Israel was the only regional actor that had anything approaching a democratic tradition and respect for human rights, while simultaneously being threatened by neighbors who happily would repeat the Holocaust. Israeli flaws in performance (versus principles) are obvious and disheartening; however, Harper didn’t believe that belaboring Tel Aviv would change Israeli practices but only comfort implacable enemies.

Likewise for Iran. Tehran, led by religious fanatics whose unrelenting progress to obtain nuclear weapons while being a global leader in human rights abuse, was anathema for Harper. Designating Iran as a state sponsor of terrorism (that incidentally had tortured/murdered a Canadian-Iranian woman), he closed the Canadian Embassy in Tehran.

And in Syria, he argued for vigorous action to remove Assad from power—the ultimate solution to stemming the hordes of refugees pouring out of the country specifically into Europe, but also affecting global migration policy. In this regard, Harper was very cautious in limiting numbers and emphasizing security vetting of those seeking refuge in Canada; Trudeau expresses greater willingness to accept larger numbers of refugees quickly.

Essentially, the Trudeau-Liberal image of Canada substantially differs from the Harper-Tory paradigm. The existential Liberal concerns are domestic: enlarging the social safety net; increasing taxes on the wealthy and business; strengthening environmental protection; redressing wrongs done to First Nations; and so on.

Defense/security is a tertiary concern (and if allowed to decline as hypothesized, it will not be used to project force outside Canadian borders). Indeed, canceling the stealth-capable F-35 purchase will make coordinated air action with NATO allies impossible.

In this regard, Trudeau is a throwback to the self-indulgent “kinder, gentler” Canadian foreign policy epitomized by the image of Canadians as “peacekeepers” (while Americans are war makers). Liberals ignore the maxim that to be an effective peacekeeper, one must first be an effective soldier.

Trudeau believes Canadian foreign policy should be more “balanced” and will end all-or-nothing confrontations on topics such as Palestine–Israel. He is being urged to reopen the Canadian Embassy in Tehran to better engage Iranian mullahs. He will give more credence to United Nations proposals and, by ending implacable support for Israel, hopes to regain a position on the U.N. Security Council.

For Harper, the United Nations verged on irrelevancy and opposition by U.N. members whose human rights records were an abomination came closer to a badge of honor than prompting a requirement to placate them.

Diplomats appreciate creative flexibility; they thrive in practicing the arts of the possible and maneuvering to secure least bad outcomes. Recognizing Canada will never be a first rank military power, they hope for opportunities to buffer confrontation and advance opportunities to create peace—without first making an area a wasteland.