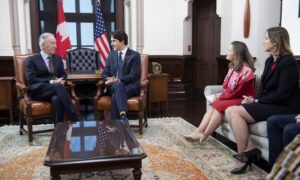 Man Wanted for Murder in B.C. Extradited Back to Canada Say Police
0 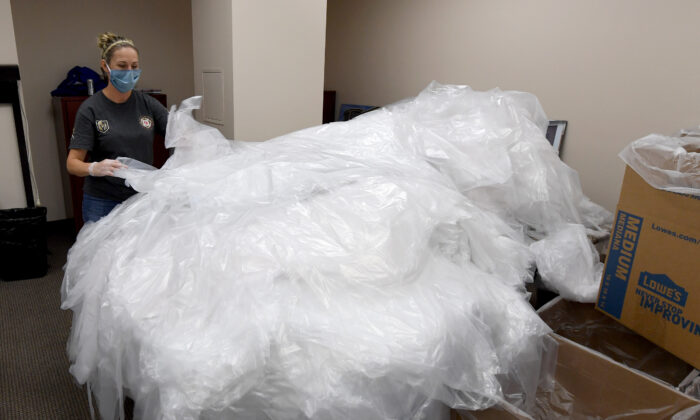 The Canadian Medical Association has called for greater government transparency about the available supply of protective equipment in light of a new survey that suggests most respondents have seen no improvements in the last month.

Getting vital personal protective equipment, or PPE, to guard themselves against the virus has been a struggle for doctors across the country during the COVID-19 pandemic.

A recent survey of nearly 2,500 doctors across Canada found 42 percent had seen no change in the supply of gear such as masks and face shields in the last month, while 29 percent felt the supply is now worse.

On the flip side, 22 percent say there’s been some improvement to the PPE supply, but only 6 percent say it’s been a significant change.

It’s the second survey of its kind the CMA has done since the pandemic began. The first survey captured doctors’ responses at the end of March, while this latest one is from April 20 and 21.

“We thought it might be better but, similar to the previous survey, a third of physicians were still fearful they were going to run out of PPE in a matter of days,” said CMA president Dr. Sandy Buchman.

The concerns were slightly more pronounced among community physicians compared to those who practice in hospitals, he said, which aligns with what he’s heard from members anecdotally.

Doctors in Saskatchewan seemed to feel most strongly that the PPE supply had deteriorated in the last three weeks, with 45 percent describing the situation as worse.

The uncertainty about the strained supply of PPE has been adding to worries around the pandemic, Buchman said, with about 96 percent of physicians surveyed saying they were experiencing some level of anxiety.

Doctors are worried about becoming vectors of the virus and transmitting it to patients, getting sick themselves or, perhaps worst of all, passing it on to their own loved ones, Buchman said.

The vast majority, 88 percent, said a greater supply of PPE would reduce their anxiety during the pandemic, and 68 percent said having more information would help.

The federal government has provided public briefings about its ongoing orders for more masks, gowns, gloves, and other protective equipment from a highly competitive market abroad, as well as efforts to retool domestic production.

Buchman said he believes the government is working incredibly hard to acquire what’s needed to fight COVID-19, but specific information about when those supplies will reach individual hospitals and practices has been lacking.

“It’s somehow not getting down to the grassroots,” he said.

Clear information about where the supplies are going, who will get them—and when—would go a long way to easing doctors’ anxieties, he said.

The survey did show some minor improvements.

Across the country, 33 percent of those who responded to the latest survey said they would have enough surgical masks to last at least 10 days, compared to only 20 percent three weeks ago. Doctors reported similar improvements for supplies of gloves, gowns, face shields, and N95 respirators.

A majority of doctors, 83 percent, said increasing the level of testing for the virus would also allay their anxieties.