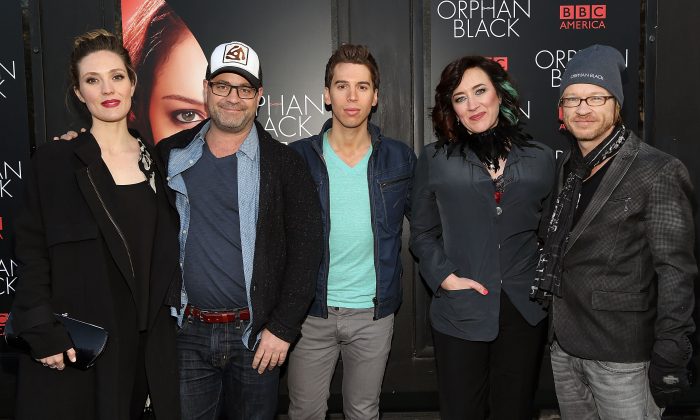 Canada’s film industry is shipping its products all over the world to critical and audience acclaim.

The 2014 Directors Guild of Canada (DGC) award nominations are evidence that Canadian talent is making a mark in the global industry.

This year, the three productions with the most nominations represent works for television rather than theatre feature films.

It was Moss that convinced Canadian author Louise Penny to agree to allow the first two books in the Inspector Gamache murder mysteries—which take place in the fictional town of Three Pines in Quebec—to be made into TV movies.

Regarding the appeal of the books and the films, Moss said, “The location has a lot to do with it, there are no mysteries set in the Eastern Townships of Quebec and it is a very special place.”

The relationship between the characters adds to the book’s appeal, he explained. “They appear to be such good friends, you almost want to join them for a cappuccino and brioche.”

On her website, Penny has this to say about her fiction: “My books are about terror. That brooding terror curled deep down inside us. But more than that, more than murder, more than all the rancid emotions and actions, my books are about goodness. And kindness. About choices. About friendship and belonging. And love. Enduring love.”

“The Good Witch’s Wonder,” the seventh TV movie in a series that started in 2008, is up for four DGC awards. Director Craig Pryce, like Moss, is also nominated for best direction TV movie/miniseries.

Pryce also directed the first six “Good Witch” movies. The seventh movie in the series will be shown at the end of October. Afterward, a 10-episode television series will begin in January 2015. Pryce said he will direct the first six.

Each “Good Witch” movie highlights the wisdom of being kind and of trusting others.

“We have recurring themes in our movies, such as the power of love, redemption, forgiveness.” Pryce said. “But we also entertain new themes and subject matter with each new movie. The themes are very important to our audience.”

He added that good versus evil is a theme that “exists in all our movies.”

CanCon is well represented in the nominated productions as they were shot in Canada using a lot of Canadian talent. However, it is noteworthy that many of the Canadian nominees worked on projects that weren’t made in Canada.

“As Canadians we have a particular sensibility to the world and our novelists, musicians, and now filmmakers express this.”

Pryce noted the complexity of the film industry in Canada with both English and French language productions.

“Quebec filmmakers have the support of their local audiences, and a star system which is fantastic, plus they do not have the same cultural competition/comparisons that English filmmakers face with Hollywood,” he said.

“On the TV side it is a very established and successful industry to be proud of.”

Of the 19 DGC awards this year, science fiction TV series “Orphan Black” grabbed six nominations, including best drama television series and best direction for a television series for director John Fawcett. Two episodes from the series, namely “Endless Forms Most Beautiful” and “Variation Under Nature,” are up for the awards in six categories.

The DGC awards will take place in Toronto on Oct. 25.

To see the full list of nominations for this year’s awards, go to: www.dgc.ca