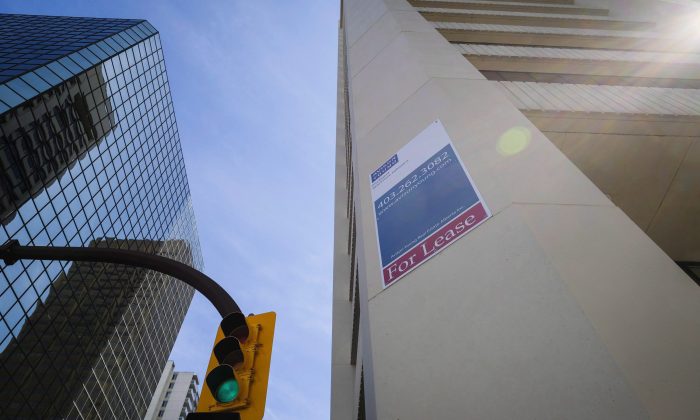 CALGARY—Real estate firm CBRE says Canada hit a record level for commercial real estate sales in the third quarter and is on track to beat an annual record set during the 2007 boom.

The firm says sales of office space, apartments, land, and other commercial properties hit $11.2 billion in the quarter ended Sept. 30 and forecast that for the full year there will be more than $35 billion in deals across the country to surpass the current $32.1-billion record.

“Most investors are looking for yield, because they can’t get it in the banks, in the treasury bills, in bonds,” said Kwong.

In the third quarter, Toronto kept its top spot for commercial investments at $3.5 billion and Vancouver saw $1.6 billion in transactions, with activity in both cities above the 30-month average.

In Calgary, where office vacancies have shot to record highs, sales still managed to jump 146 percent to $1.2 billion compared with the previous quarter.

Kwong said the ramp-up in Calgary could be maintained because investors are looking at a wide range of assets including industrial and retail properties, though last quarter’s spike was driven largely by the Canada Pension Plan Investment Board making a major office space buy.

“We think it’s sustainable because demand’s not just coming from one sector,” said Kwong.

Improved oil prices and market sentiment has also made the city look like a more promising bet for the long term, even if buyers might have to ride through some short-term losses, he said.

“The overall theme is a lot of people think that this is the bottom, and that prices have come off to a point where they think it’s attractive to dive back into the market, or increase their market share.”

Edmonton also saw a spike in activity in the third quarter, with sales up 55 percent to $714 million compared to the previous quarter, while Waterloo, Ont., had an 81 percent jump to reach $395 million over the same time period.

Foreign buyers helped push the national numbers up with almost $3 billion in spending in the last quarter—up 22 percent from the first half of the year—with most of the buying directed at hotels.

For the second time this year foreign buyers overtook private Canadian investors in deals of over $10 million, CBRE found.

As of the end of the third quarter, foreign buyers had accounted for about a third of investment in such deals this year, on par with private investors and ahead of pension funds at about 18 percent.