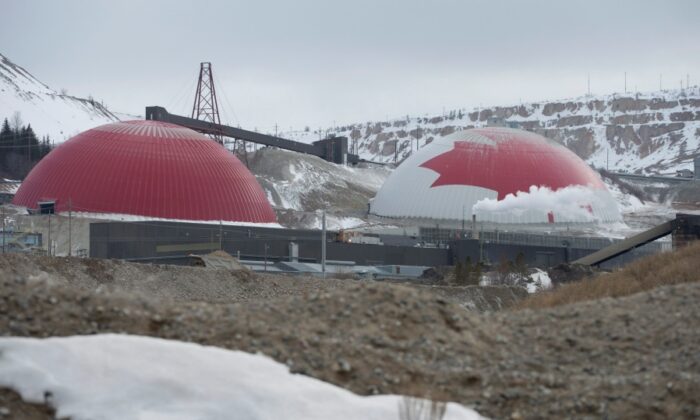 The chamber says Canada is missing a “major opportunity” to be a world power in producing the minerals and rare-earth elements that power everything from cellphones to electric cars.

It says critical minerals must also be at the core of any successful strategy to transition to a low-carbon economy and mitigate the impact of climate change.

But so far, Canada’s federal election campaign has been devoid of any serious discussion about capitalizing on the country’s rich reserves of critical minerals and rare-earth metals.

The chamber wants to see detailed plans for expanding domestic production, fortifying supply chains and partnering with the United States, where demand is already soaring.

China is the world’s largest rare-earth producer, with more than 60 percent of global annual production, well ahead of the U.S., Myanmar, Australia and India. Canada, meanwhile, is home to an estimated 15 million untapped tonnes of rare-earth oxides.

“Canada urgently needs a trade and economic strategy for our own critical mineral deposits,” the chamber warns in a statement to be released Thursday. “Failing to prepare is preparing to fail.”

In 2019, the U.S. State Department and Bureau of Energy Resources established a multilateral initiative aimed at ensuring reliable supply chains for critical minerals. Canada signed on and established a so-called joint action plan with the U.S. early in 2020.

Officials from both countries met virtually in June last year as part of a critical minerals working group to advance discussions on that plan—efforts Ottawa billed as evidence that it was serious about attracting investment to make the metals a central component of Canada’s natural resources industry.

In February of this year, meetings between Prime Minister Justin Trudeau and President Joe Biden produced a “road map” for a renewed bilateral relationship that included vows to make Canada and the U.S. “global leaders in all aspects of battery development and production.”

Since then, however, the American commitment to that plan has come into question, particularly given Biden’s strident rhetoric about his protectionist “Buy American” doctrine and the apparent disconnect over non-essential travel across the Canada-U.S. border.

Canadians are largely prohibited from crossing the land border for discretionary purposes until at least Sept. 21, even though fully vaccinated U.S. citizens and permanent residents have been allowed to travel north for nearly a month.

And Biden has promised a strict cap on exemptions to Buy American, rhetoric that worries Canadian suppliers and contractors who fear a chilling effect on their ability to do business with state and local governments south of the border.

Canada is already a key source of 13 of the 35 minerals that the U.S. has identified as critical to its economic and national security—it is America’s largest single supplier of potash, indium, aluminum and tellurium, and the second−largest source of niobium, tungsten and magnesium.

But it must do more, the chamber says, including:

“The importance of strengthening trusted and sustainable critical mineral supply chains and reducing our dependence on China is growing for both Canada and the United States,” the chamber says.

“Building our domestic production capacity will strengthen both cross-border supply chains and our national security. It will also reduce our vulnerability to supply shortages in times of crises like COVID-19.”