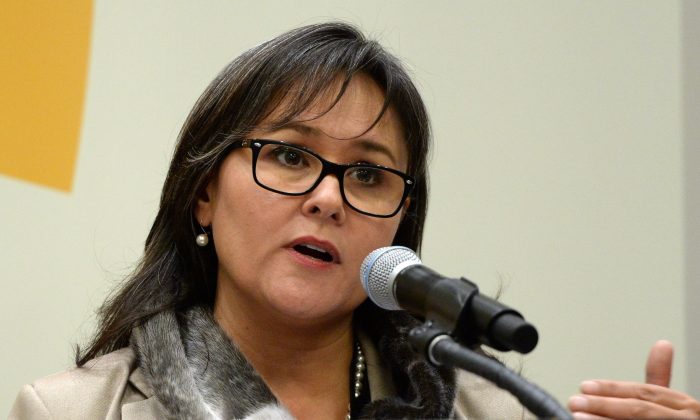 UNITED NATIONS—Barack Obama didn’t just make announcements for his own country at a United Nations climate summit Tuesday—he got to make Canada’s, too.

Canada made two main commitments at the summit, where countries were urged to bring bold policies to fight climate change. And both borrow heavily from industrial regulations the U.S. president has already set in motion.

One was to match American vehicle-emissions standards. The other, to curb the use of HFC coolants—several days after the White House announced plans for executive orders, and convened a meeting of business leaders who’ve committed to slashing hydrofluorocarbons by 80 per cent by 2050.

Both of those things came up in passing in the president’s speech to the conference, among the list of measures he’d already announced. In that speech, he also announced plans to incorporate climate-change considerations into U.S. foreign-development projects, and referred to his far more controversial executive order to regulate the highest-polluting sector in the U.S., old power plants.

He urged everyone else to get moving on a post-2015 treaty, in remarks that appeared to be aimed primarily at the Chinese.

“Nobody gets a pass,” Obama said.

“So nobody can stand on the sidelines on this issue. We have to set aside the old divides.”

He also made a specific reference to an effort made in Canada—although that reference was to the 1987 Montreal Protocol, which he said would help guide new efforts against fast-rising and potent HFCs.

Obama spoke just after noon. About five hours later, Canada’s environment minister said her government would be releasing details soon on a plan to reduce hydrofluorocarbons.

“Let me be clear, Canada is fully committed to achieving a strong and effective global climate agreement in Paris next year,” said the prepared text of Leona Aglukkaq’s remarks.

“Both domestically and internationally we are demonstrating this commitment. We are not waiting to act. We are taking decisive action to ensure Canada remains a leader and contributes its part to this global cause.”

Prime Minister Stephen Harper arrived in New York later in the day for three days of events at the UN and with business leaders.

Before speaking at the UN General Assembly on Thursday, Harper will appear at an event with UN Secretary-General Ban Ki-moon on maternal health. On that issue, he’s received praise from the UN for corralling international support to reduce newborn deaths.

On the climate issue, the plaudits have been a little more sparse: “So nice of him to show up,” one UN staffer cracked within the earshot of Canadian media, upon hearing that the prime minister was headed to town later in the day.

There were a number of announcements at Tuesday’s climate summit—but also ample evidence of the multi-directional, international fingerpointing that has hampered greenhouse gas reduction efforts.

One particularly colourful example came from Venezuelan President Nicolas Maduro, who scolded wealthy polluting countries for causing an “evil of such planetary dimensions” and then trying to offload their responsibilities on developing countries.

That being said, China also promised to reduce its emissions per GDP ratio by 45 per cent by 2020, using a 2005 baseline. That wouldn’t result in an actual decrease, because China’s economy has grown so rapidly. Environmentalist groups at the conference, however, saluted the pledge as going beyond anything China had previously committed to doing.

The UN also endorsed a call for putting a price on carbon. The idea, led by the World Bank, has the support of 73 countries including China and Russia, and more than 1,000 businesses including six oil companies.

It has not received the endorsement of either Canada or the U.S., where a cap-and-trade system or carbon tax stand virtually no chance of getting adopted by Congress. That’s what has prompted Obama to proceed with administrative regulations wherever possible, much to the consternation of critics who accuse him of overstepping his constitutional authority.

Harper, meanwhile, met with British Prime Minister David Cameron during a climate change dinner and congratulated him on the outcome of the Scottish referendum.

Scotland voted to remain part of Britain in last Thursday`s vote, with 55 per cent rejecting independence.