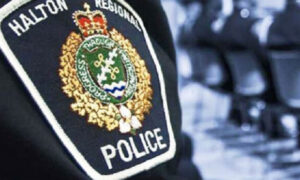 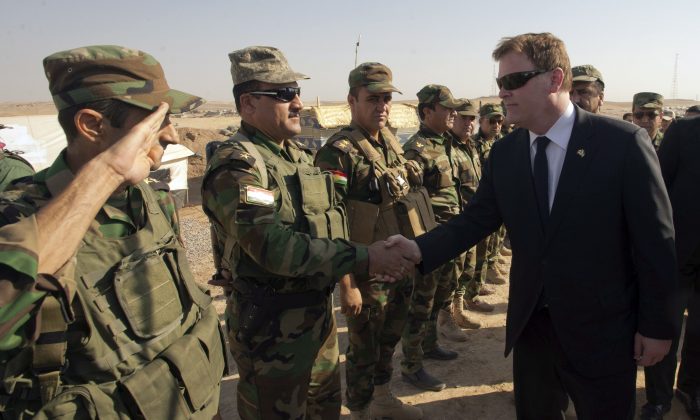 There has been flurry of speculation about how the deployment might be restructured as the war against the Islamic State of Iraq and Syria evolves and local forces conduct further offensives to drive extremists out of the country.

“I can tell you there is no planning to increase the commitment of 69 special operators in the region,” Kenney told the Commons defence committee.

“I’m not aware of any increase in infrastructure to support them. We certainly have no intention of increasing the number of SOF operators.”

The declaration stands in contrast to the country’s allies, notably the United States, New Zealand, and Australia, which recently decided to put 300 more soldiers on the ground to assist with training Iraqi forces.

The elite troops are currently helping the peshmerga by guiding airstrikes, something the government doesn’t consider combat.

Kenney may have been able to rule out more troops, but he was more circumspect about whether the scope of operations—limited so far to advising and assisting Kurdish peshmerga forces—will change.

“The government has not yet taken a final decision on potential renewal or extension of the mission, and so I’ll have to ask the member to wait until that decision is taken and we will certainly report it to Parliament in the form of a motion,” Kenney said in answer to a question from NDP defence critic Jack Harris.

His remarks come less than a week after the death of Sgt. Andrew Doiron in a friendly fire incident.

The elite troops are currently helping the peshmerga by guiding airstrikes, something the government doesn’t consider combat. They have also been engaged in at least three firefights after snipers began shooting at them during visits to the front.

Experts say one possible change the cabinet could consider would be to allow the special forces to go on the offensive in conjunction with Iraqi forces, conducting pinpoint strikes to kill or capture Islamic State leaders and facilitators in much the same way they did against the Taliban in Afghanistan.

Earlier Wednesday, Kenney revealed that Canadian warplanes conducted a series of strike missions in northern Iraq in the last week. There were three bombing raids, according to National Defence.

On Monday, CF-18s dropped laser-guided bombs on a series of enemy staging areas and fighting positions west of Kirkuk. The day before, another mission saw two ammunition depots near Haditha blown up by precision-guided strikes.

And on Saturday, the jets attacked enemy trenches south of Kirkuk, where Kurdish peshmerga forces have been fighting a prolonged battle against Islamic State militants.

Kenney told the defence committee the air campaign has been effective to the point where extremists are shifting heavy weapons out of Iraq to Syria, which has not been the subject of as intense bombardment by the coalition.

He also said there were signs of progress in a recent Kurdish offensive.

“An Iraqi security force mission against ISIL in Tikrit has apparently been successful in pushing them back and ISIL is on the retreat,” Kenney said. “This is all good news, but yet more needs to be done.”

That endorsement may leave some uncomfortable: the Kurds are backed by a majority Shiite militia known as the Popular Mobilization Units, which take their marching orders from Iran’s elite special forces, known as the Quds Force.

Their former commander, Maj.-Gen. Qasem Soleimani, is reportedly overseeing the Tikrit operation and was photographed outside the city this week.

The Harper government has been strident in its rhetoric against Tehran. Harris tried to pin Kenney down on the contradiction.

“Are we now the allies of the Iranian national guards in this battle? And was this anticipated by this government?” he asked.

Kenney said the Canadian military will not co-operate with Iranian Revolutionary Guard commanders.

“Obviously Canada has many concerns about the nature and intentions of the Islamic Republic of Iran,” he said, adding the government is worried about the sectarian divisions in Iraq exemplified by the Iranian involvement.