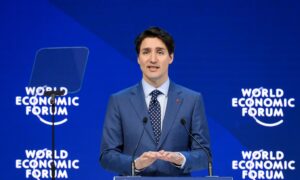 Canada Targeted by More Claims Under NAFTA Than U.S. or Mexico

Canada has shelled out tens of millions in damages, legal fees since 1994, report finds
By The Canadian Press
biggersmaller
Print

OTTAWA—Canada has been the target of more claims in the North American Free Trade Agreement than its Mexican and American partners, a new study has found.

As a result, Canada has been forced to shell out over $150 million in damages and tens of millions more in legal fees since the trade deal came into force in 1994, says a report released Wednesday by the left-leaning Canadian Centre for Policy Alternatives.

The study’s author found that 45 percent of claims through NAFTA’s investor-state dispute settlement (ISDS) mechanism, also known as Chapter 11, were directed at Canada.

On top of that, the number of submissions against Canada has accelerated in the last 10 years, said Scott Sinclair.

Clearly, Canadians and their government are being singled out under NAFTA.
— Scott Sinclair, Canadian Centre for Policy Alternatives

“Clearly, Canadians and their government are being singled out under NAFTA,” said Sinclair, a senior research fellow with the CCPA.

“From the perspective of foreign investors, it’s quite attractive to the roll the dice and launch a NAFTA investor-state claim against Canada.”

The Department of International Trade says Chapter 11 aims to provide companies with a “predictable, rules-based investment climate” when they do business in another country. It says the measure features dispute-settlement procedures via an impartial tribunal.

Chapter 11 has also been a source of controversy for years.

Supporters of investor protection mechanisms argue they protect Canadian companies from the uncertainty of conducting business in emerging markets, where decisions by local governments could put investments at risk. Chapter 11 was added to NAFTA over concerns, at the time, about the effectiveness of Mexico’s justice system.

A spokesman for International Trade Minister Ed Fast said ISDS has been a key part of government trade policy for years because it shields Canadian investors from discrimination abroad. Investor protection provisions have been part of Canada’s recent deals, such as its European Union trade agreement.

But critics of the tools, like Sinclair, warn they put too much power in the hands of multinational corporations, while they also risk discouraging democratic governments from acting in the public’s interest on policy and regulation decisions.

Opponents also fear foreign investors might use the ISDS process as a way to bypass Canadian courts.

Sinclair said 12 claims were made against Canada between 1995 and 2005, while 23 were submitted in the last decade under Chapter 11. Nine ongoing claims have yet to be resolved, he added.

Claims against Canada under Chapter 11 have dealt with issues ranging from a Canadian ban on imports of a gasoline additive, to the illegal seizure of assets, to government measures that affected a plan to transform farmland near Hamilton, Ont., into a quarry.

Sinclair said one of the ongoing claims was submitted by Lone Pine Resources Inc. The company made the challenge against Quebec over the province’s moratorium on hydraulic fracturing for natural gas. Lone Pine had purchased leases and paid rentals when the ban was imposed.

Overall, he said Canada has lost or settled six claims for a total of more than $170 million in payouts. By comparison, Sinclair said the U.S. has never lost a case, while Mexico has paid US$204 million in damages after losing five claims.

Sinclair said governments in some parts of the world are turning away from ISDS, while Canada has continued to include the mechanism in its international trade deals.

“In Canada, there’s surprisingly little debate and I think that’s the first thing that has to change,” he said.

Fast’s office says Canada has paid $158 million in damages in the last two decades under NAFTA—the vast majority of which came from one case.

The federal government agreed to pay AbitibiBowater $130 million in 2010 to settle the company’s claim that Newfoundland and Labrador illegally seized some of its assets.