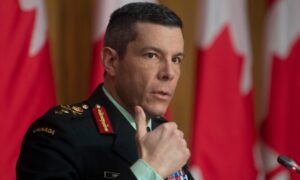 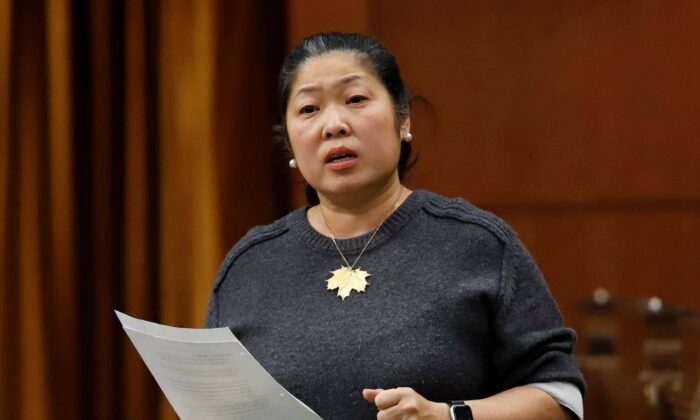 Minister of International Trade Mary Ng responds to a question during question period in the House of Commons on Parliament Hill in Ottawa on Dec. 11, 2020. Ng says Canada has been given multiple promises from European leaders that new export controls on COVID-19 vaccines won’t stop Canada’s vaccine shipments. (Patrick Doyle/The Canadian Press)
Canada

OTTAWA—Canada is putting together possible options for leverage if Europe breaks its promise not to cut off Canada’s shipments of COVID-19 vaccines.

International Trade Minister Mary Ng said Monday that multiple European leaders have promised Canada that new export controls on vaccines will not prevent Canada’s shipments from Pfizer-BioNTech and Moderna from going out as planned.

The European Union threw down the new policy last week, mostly amid a fight with AstraZeneca over its inability to fill Europe’s contract for its vaccine in the first three months of the year. But Pfizer-BioNTech and Moderna are also cutting back some shipments to Europe because of production delays.

Europe invested more than C$4 billion to help get COVID-19 vaccines developed and mass produced and the world’s largest trading bloc says that while it is committed to global supply chains for vaccines, it is will also ensure Europe gets what it is owed.

Ng acknowledged at a House of Commons committee meeting Monday that promises to Canada from Europe are verbal, not in writing. She said they are still significant.

“Canada will continue to expect that the European Union Commission’s mechanism will not affect Canada’s vaccine shipments,” said Ng.

But if it does, Canada is getting ready.

Steve Verheul, the assistant deputy minister for trade policy and negotiations at Global Affairs Canada, told the House of Commons trade committee that Canada’s first goal is to ensure Europe lives up to its promise.

But if that changes, the department is doing a full analysis of what the options could be to push back.

“We’re waiting to see if the EU process is going to pose any interruptions or not,” said Verheul. “But we’re certainly prepared that if this process does start to create problems, we will have steps we can take in light of that.”

He would not elaborate on what those steps would be, because the federal government is currently being told the export controls will not hurt Canada.

All Canada’s doses of COVID-19 vaccines from Pfizer-BioNTech and Moderna are made in and shipped from Europe. Those are currently the only two vaccines Health Canada has approved for use.