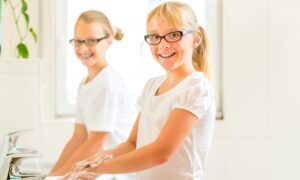 What Parents Should Know About Kids and COVID-19
0 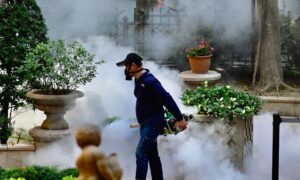 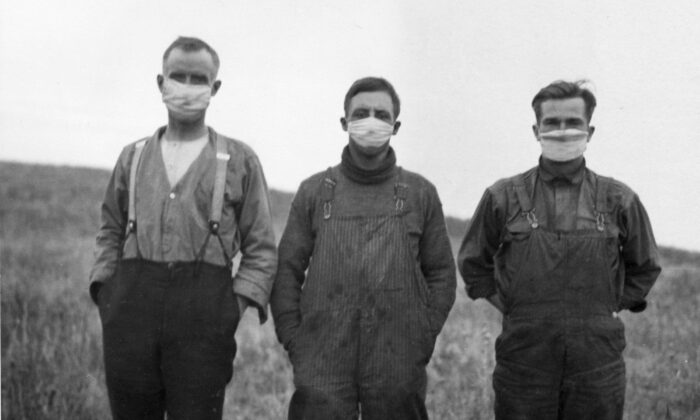 Men in Alberta wearing protective masks during the Spanish flu pandemic of 1918-20. The pandemic killed more than 50,000 people in Canada, most of whom were young adults between the ages of 20 and 40. (CP PHOTO/National Archives of Canada)
Viewpoints

Canada Has Weathered Other Epidemics, and Will Pull Through This One Too

Places like universities, libraries, schools, churches, restaurants, and pubs are closing. International flights are being re-directed to just four airports with appropriate screening facilities, and the border between Canada and the United States is now closed to all non-essential travel.

The country’s economy is grinding to a halt, while the health care system is gearing up. Gearing up health care, as we know, requires considerable resources that can only come from a vibrant economy. But this problem is being pushed into the future.

Now we have a pandemic to fight, so we can’t think of the economy.

Before wringing our hands in anguish, we should put this epidemic into a broader context. A few statistics will help:

Of course, most Canadians are too young to have experienced these epidemics, but many seniors still remember. I remember being in a sanatorium with hundreds of other children.

But for those who haven’t lived through previous epidemics, this will be a new experience, something they will tell their kids and grandkids. T-shirts will be printed with the slogan “I survived the COVID-19 pandemic of 2020.”

I think some people are likely to have more difficulty as time passes. Unless they are ill, they may think that they are not infected. Undoubtedly, some will spread the virus to others without realizing what they are doing. When the pandemic is over, some people are going to feel guilty because of their careless behaviour. Others are likely to feel foolish because they over-reacted. This is to be expected, and clinical psychologists will be working overtime to help such people.

To date, fewer than two dozen Canadians have died from the coronavirus, yet several provincial governments have declared a state of  emergency.

People are being asked to restrict their interaction with others in an attempt to slow the spread of the virus. If the epidemic is not slowed, the medical system may become over-burdened. If this happens, many more people will likely die.

This is the worst-case scenario, but no one knows what is coming. The experts don’t even know and estimates vary widely.

Nevertheless, we know that epidemics are horrible things that cause unmeasured pain and suffering. But pain and suffering have been a natural part of human life since the Garden of Eden. It is only in the last 150 years that scientific research, the development of effective water and sanitation systems, and modern medical care have made epidemics less vicious and more amenable to human intervention.

Hopefully, nature and/or human intervention will slow or stop this pandemic before too long.

Throughout history, human beings have survived countless diseases and illnesses. And we will survive this virus. Of course, some people will die, probably those who are most vulnerable, the old and infirm, and people with deficient immune systems. Thankfully, children are not as likely to die as they did with TB and whooping cough.

What should we do? Remember the advice our parents or grandparents gave, which is similar to what public health officials are telling us.

Above all, hunker down in isolation for a week, a month, or however long it takes for this disease to run its course. Read some good books, listen to great music and informative podcasts, talk to friends, meditate to ease the stress in your mind and body, and write letters to loved ones.

And try to stay happy. Some things can’t be controlled by individuals no matter what they do.

Canadians have survived terrible epidemics in the past, and they will survive this one too.

Rodney A. Clifton spent 18 months in a sanatorium with TB meningitis in 1947–48, when he was 3 years old. Now, he is a professor emeritus at the University of Manitoba and a senior fellow at the Frontier Centre for Public Policy. (rodney.clifton@umanitoba.ca)