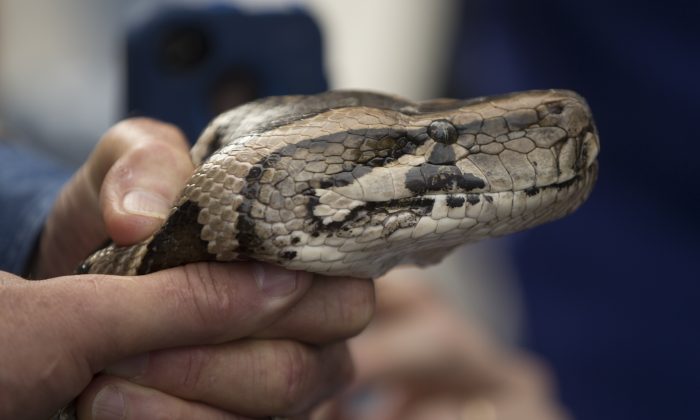 40 pythons were seized from a motel in Brantford, Ontario on August 16, 2013. The file photo shows a Burmese python in January in Florida. (AP Photo/J Pat Carter, File)
Canada

40 pythons were seized by police from a motel in Brantford, Ontario on August 16.

The snakes were kept in several plastic storage bins at a Colborne Street motel, reported CBC.

Police said the snakes weren’t being taken care of right and were “in distress.”

Officers brought in the Society for the Prevention of Cruelty to Animals to pick them up.

A veterinarian checked them and expects the snakes will be fine.

It’s illegal to own a python in Brantford, according to the Brantford Expositor.

The incident comes several weeks after two boys were killed by a python in New Brunswick.