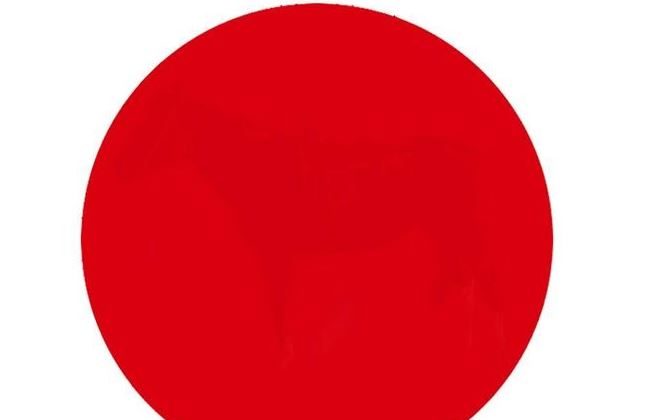 Is your eyesight good enough to see the picture that’s inside the red circle?

The creator of the image says that only certain people can discern the hidden parts embedded in the so-called “eye test.”

“Most people see nothing, others find the hidden image to be a plain outline,” he said.

But still others can see all of the hidden details, which you can see if you click on the second panel.

The full picture shows a horse wearing a saddle and standing in the grass.

Related Coverage
Can You Find the Panda Hidden in These Zigzag Lines?

The latest puzzle has gone viral.

It comes just after a screen of an iPhone became a viral sensation last week.

Tens of thousands of people debated: “How many threes can you see in this picture?”

There seems to be 19, but it depends on how you interpret the question.

The battery power and number of bars in the wi-fi logo were included by some users, but others argued that they shouldn’t count.

Others noted that the person’s name included several threes, while the time shown on the screen was 3:33 p.m.