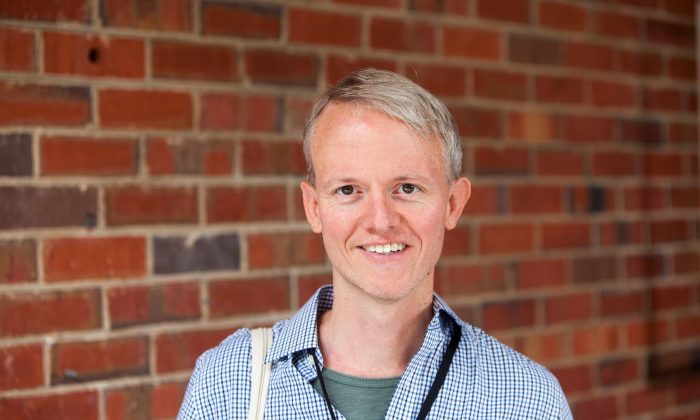 Can You Become New York City Teacher in 3 Months?

NEW YORK—Glenn Peters is an actor. But after 20 years in theater and nearing his 40th birthday, his agents stopped calling.

He went months without an audition, and was meditating over his future when a city-sponsored subway ad caught his attention: “Teach NYC Pre-K. New York’s Future Starts With You!”

He made his decision to become a prekindergarten teacher, one of 1,000 new pre-K teachers the city needs to launch Mayor Bill de Blasio’s pre-K expansion.

To boost the number of teacher applicants, the city invested $6.7 million in a partnership with the City University of New York (CUNY), with a goal of fast tracking 400 new pre-K teachers.

Peters is one of them. Now, after just two months of training, and in less than three weeks, he will lead a class of 20 4-year-olds in play-based instruction aligned with the Common Core learning standards.

“Many people think that prekindergarten is daycare,” Schools Chancellor Carmen Fariña said Tuesday to hundreds of teachers attending a three day pre-K training at Brooklyn College. “I’m going to tell you it’s anything but that.”

The mayor has stressed the program will be of high quality, calling it a “game changer” that puts children on track to get into college.

“I’m a sucker for that,” Peters said. “It’s very appealing to think that I’m being of great use.”

While having two degrees in acting, Peters had no teaching background, so in June he entered school again.

There are nine teacher hopefuls in Peter’s class, a drop from the 20 who started out, after it turned out half the enrollees weren’t qualified for the program, where at least a bachelor’s degree is required.

The pace of the teaching is fast. By the end of July, Peters had already accumulated 12 credits, his head filled with concepts like childhood development, parent-teacher-child relationships, and early literacy.

“Did I absorb anything?” he asks himself sometimes. But his grades have kept up so far. “When I’m actually teaching I think it’s all going to sort of magically come out,” he said with a laugh.

Yet, after having part of August off, the workload will only increase. During the school year Peters will teach by day and spend nights in the college program. By September 2015 he’s supposed to graduate with a master’s degree in early childhood education and be ready to take the state teaching certification exam.

“It’s a little overwhelming but I have support,” he said. His class will have an assistant teacher and an aide. “I’m assuming there will be some special education people in the room too,” he said. The city provides dozens of instructional coaches who will circulate from classroom to classroom.

Alison Odougherty, 27, has been teaching pre-K for two years at Staten Island Head Start, a two-and-half hour program that will expand to full days (6 hours and 20 minutes) in the fall. Her first year of teaching was rough, she said, but more because she needed to figure out how to collaborate with her colleagues and organize her time. “It’s not what they really teach you in college,” she said.

She enrolled in the three day training and expects to learn “how to support children’s learning development.”

There are 73,000 children eligible for pre-K in the city, more than enough to fill the available seats. Yet the majority of the new seats are provided by community based organizations on a “first come, first served” basis without set deadlines for applications.

In Brooklyn on Tuesday de Blasio expressed confidence that there will be over 50,000 4-year-olds in classrooms this fall. “There are so many parents kicking down the doors to get their kids in a full day pre-K,” he said.

While enrollment in pre-K programs run by the NYC Department of Education is nearly full, thus far the city hasn’t provided data on enrollment for the community based programs.

Judging from the advertising and enrollment promotions that continue to this day, there are still vacant seats.