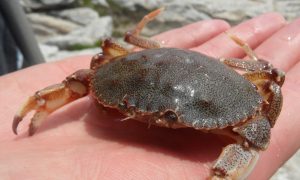 If countries and farmers make adjustments in what crops they grow and where, then the effects of climate change on the global economy may not be as severe as feared, said economists.

Dave Donaldson, an associate professor of economics, wrote in a new policy brief for the Stanford Institute for Economic Policy Research that because of agriculture’s small share in total gross domestic product for nations around the world, the expected impact on global GDP could be considerably smaller if farmers made those changes.

“We find that much of the potential harm that could be done by climate change, in terms of reducing farmers’ earnings, will be avoided if farmers are able to switch the crop that they grow in response to changing relative yields,” said Donaldson.

In many areas of the world, he noted, many experts predict climate change will affect yields for some crops, but not all, and this may depend on location. For example, many regions are expected to see changes in wheat and rice productivity, the world’s two most important crops.

“If climate change were to (in some regions) make wheat scarce, how willing would consumers there be to substitute imported wheat, or rice, instead?” wrote Donaldson, who conducted his research with MIT economists Arnaud Costinot and Cory Smith.

In their simulations, if the countries’ trade flows are constrained so that they cannot respond to climate change, those countries are not harmed much more by climate change than they would be in the absence of that constraint, he said.

Donaldson and his colleagues collected their data from the Food and Agriculture Organization’s Global Agro-Ecological Zones project.

He said the analysis takes as a given the amount of carbon dioxide being emitted into the atmosphere.

“For simplicity, our analysis proceeds as if nothing can be done about that,” he said. “The question we study is whether, given the effect of climate change on crop yields, how will the economy adapt simply by changing what is grown where and what is consumed where?”

Donaldson and his colleagues examine three scenarios in which farmers and countries had varying degrees of control over the reallocation of crops in particular farming areas.

They use data with information about the productivity—both before and after climate change—for 10 of the world’s most important crops across 1.7 million small parcels of land throughout the world.

They found that the impact of climate change would amount to just a .26 percent reduction in global GDP when trade and production patterns are able to adjust.

Moreover, Donaldson said, if climate change were to have a different effect on crop yields both within and between countries, then adjustments through production and trade patterns could significantly dampen the adverse consequences of climate change. “For example, a country may stop producing a crop whose yields have fallen and import it in exchange for another crop whose yields have remained constant at home.”

But the findings showed that international trade is likely to play only a minor role in alleviating the consequences of climate change.

“This is not surprising given the nature of the damage that scientists expect climate change to cause—strongly heterogeneous across crops and locations, even within countries that occupy a relatively small land area,” Donaldson said.

Donaldson points out that the economy adapts through the actions of “countless individual producers and consumers around the world, each acting in an uncoordinated manner through the market economy.”

As a result, the research does not address whether nations and farmers can or should act in a globally or nationally unified manner on crop production. “While incentives perhaps exist to do so, with regard to informing farmers about how to adjust to changing yields, the details of this may be challenging given that farm production tends to involve specialized local knowledge,” Donaldson said.

And he acknowledges that a great deal of uncertainty and controversy exist about climate change and its possible effects around the world.