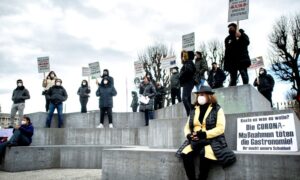 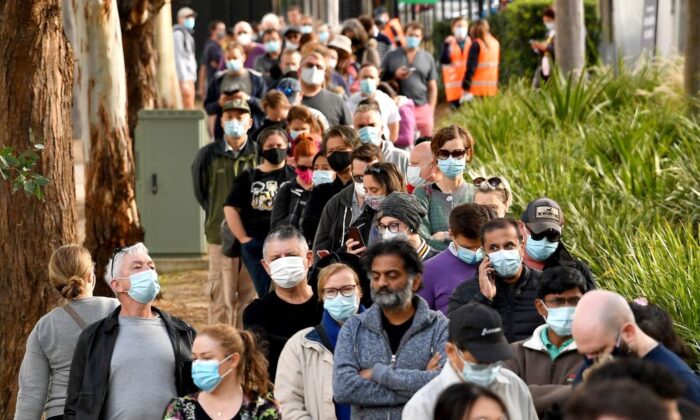 Can the Workplace Force You to Take the Vaccine?

This is despite protests from the West Australian President of the Australian Nursing Federation (ANF) Mark Olson.

He wrote to the prime minister last week, after a poll of 4,000 ANF members in aged care revealed that two-thirds of respondents believed vaccinations should be voluntary. Another 31 percent said they would leave the industry if forced to take the jab.

This raises the more general question, which is whether employers can force employees to take the vaccine.

The headline of the story suggested that this decision would have major implications, and businesses could have the authority to demand employees receive the jab.

However, I think this may be, to use the legal phrase, somewhat precipitous.

One of the first rules of legal reasoning is that each case should be decided on its merits. Put another way, each case turns on its own facts.

The differing risks posed by COVID-19 compared to the seasonal flu are factors that lawyers and judges will take into account.

COVID-19 in its current incarnation poses little threat to the majority of the population, especially children. Meanwhile, the seasonal flu poses a larger risk.

FWC Deputy President Nicholas Lake noted in the childcare case that the body’s decision took into account the “influenza vaccination in a childcare environment where the risks and concerns were distinct.”

While employment lawyer at Barry Nilsson, Corrina Dowling, said the ruling did not set a legal precedent.

“Similar refusals (to be vaccinated) will need to be considered on a case-by-case basis to decide whether an employer’s direction is ‘lawful and reasonable.’

“Consideration will need to be given not only to the industry in question but also the specific role of the employee in question.

“A distinction may also be made between the flu jab and the COVID-19 vaccine given the recent concerns around side-effects.”

In another instance, a survey of nurses in Queensland revealed that the health workers were reluctant to see vaccination become a condition of employment.

Nurses’ Professional Association of Queensland President Marg Gilbert said nurses were among the most well-informed in the community about the COVID vaccine and the results were not surprising.

“It’s an experimental therapy at this point. The Centre for Disease Control hasn’t formalised their approval of it, because it’s seen as an emergency measure to deal with the pandemic,” she told The Australian.

Australia’s drug regulatory body, the Therapeutic Goods Administration, seems to align with this view, stating on its website that more clinical data is required “to confirm the safety of the vaccine.”

Maureen Kyne, a workplace consultant from Maureen Kyne and Associates, said the issue depended on whether mandatory vaccines were reasonable “in the context of your business,” adding that:

“There’s an obvious difference between asking an aged care or quarantine worker to get vaccinated, compared with someone who works by themselves or remotely.”

“Employers who play the vaccination card for employment and promotions, pay rises or even determining which staff it elects to bring back to the office may find themselves embroiled in costly legal disputes,” she added.

“The COVID-19 vaccination is a complex issue and we need to be sensitive to those individuals who for whatever reason, be it anti-vaccine beliefs, political views, or religious and medical grounds, can’t or won’t get inoculated.”

Finally, consideration must also be given to the common law principle called the “eggshell skull” rule.

The rule provides that even if a person is more susceptible to injury or is fragile, it is no defence to the seriousness of the injury caused to them.

So if your boss forces you to get the vaccine, and you have a severe reaction or die, the rule means the employer cannot say, “I didn’t know that would happen.”

So in that case, recent government mandates and FWC rulings will be tempered by enshrined common law principles, that in turn, will limit the mandating of vaccinations.

Rocco Loiacono is a senior lecturer at Curtin University Law School in Perth, Australia, and is a translator from Italian to English. His work on translation, linguistics, and law have been widely published in peer-reviewed journals.