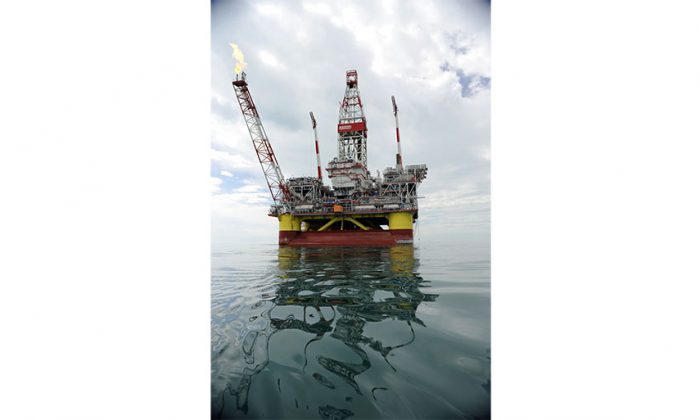 Can the West Afford an ‘Oil War’ with Russia?

RIYADH, Saudi Arabia—In the ongoing “battle of wits” between the West and Russia, Washington and its allies are intent on constraining Russia’s energy exports—the life line of Russian economy. In Europe, efforts to diversify away from Russian gas are definitely taking place. And there has also been speculation that Washington has been attempting to persuade its Saudi Arabian ally to once again unleash a flood of oil into the market to drive down markets and bring Putin to his knees.

Some strategists believe Canada will also be playing an increasingly important role in meeting European energy needs as Europe attempts to free itself from Moscow’s shackles. European capitals are beginning to find Alberta’s oil and gas more attractive, with the Polish ambassador to Ottawa, Marcin Bosacki, recently quoted as saying that Poland supports the idea of importing Canadian oil and gas.

“This point of view is being shared in a growing number of European capitals in the last two months since the Crimea invasion,” Bosacki said. “Of course, we are absolutely in favour of increasing the abilities of … western Canada oil and gas to be exported also to Europe.”

His position was supported by Polish Prime Minister Donald Tusk, who argued in an article in the Financial Times that the European Union should become less dependent on Russian energy sources.

The growing unease is not lost on Russia. Aware of the possibility its European energy customers may look elsewhere to meet its energy needs, Moscow is rather aggressively tapping other markets.

China, for one, remains a big market for Russian energy resources and Moscow is keen to expand it further. At the end of April, Russian energy company Gazprom hosted a Chinese delegation to discuss contracts for a pipeline to feed growing Asian demands.

“The parties addressed the state of the contract for pipeline gas supply from Russia to China via the eastern route,” Gazprom later said in a statement. A 2009 framework agreement between Gazprom and the China National Petroleum Corporation (CNPC) calls for up to 2.4 trillion cubic feet worth of natural gas exports per year.

In order to counter western moves to diversify away from Russian gas, Russian President Vladimir Putin has decided to play hard ball. “We would very much wish not to resort to any measures in response,” Putin said on April 29. “I hope we won’t get to that point. But if something like that continues, we will of course have to think about who is working in the key sectors of the Russian economy, including the energy sector, and how.”

Putin was definitely hinting at the long-term interests of the oil majors in the Russian energy sector. In a warning to the West not to squeeze Moscow further, he hinted of the possibility of counter moves against oil majors BP, Shell, Total, and ExxonMobil.

Big Oil has high stakes in Russia. Way back in 2011, ExxonMobil sealed the half-trillion-dollar deal with the mostly state-owned Russian firm Rosneft to frack in Siberia, drill parcels of the Arctic Ocean, and to build a huge natural gas terminal in Russia’s far east. In North America, Rosneft and its subsidiaries have big stakes in Exxon parcels in west Texas, the Alberta oil fields, deep-water drilling sites in the Gulf of Mexico, and in Alaskan natural gas.

And despite the growing friction between the West and Russia, in mid-April the CEO of Royal Dutch Shell visited Putin to underline that “we are very keen to grow our position in the Russian Federation.”

The British company BP also had a love/hate relationship with Russia. More than a third of BP’s oil and gas reserves are in Russia. It is therefore little surprise that BP executives re-assured stockholders early last month by stating that its Russian exposure was so large that it could “play an important role as a bridge” between Russia and the West in the Ukraine crisis.

“The mutual dependency between Russia as an energy supplier and Europe as an energy consumer has been an important source of security and engagement for both parties,” a company spokesman said. “That has got to continue.”

Big Oil’s exposure in Russian therefore begs the question: Will they attempt to block any further pressure the West may decide to apply against Russia?

Rashid is an energy analyst and a widely published expert on global energy affairs. He appears regularly on BBC and other news media. He operates an energy consultancy, Husain’s Associates, from Toronto, dividing his time between Canada and the Middle East. For almost 25 years, he has served as Vice President of a leading Saudi trading and consulting house.