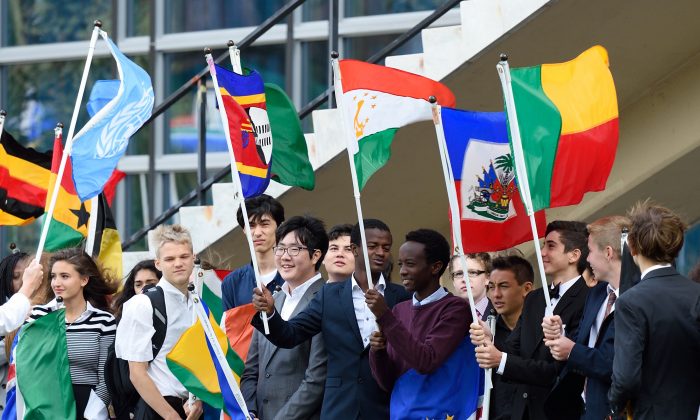 In just three days, more than 150 global leaders will convene at the United Nations headquarters in New York for a summit to formally adopt the post-2015 sustainable development agenda, which will kickoff international action to transform the world to better meet human needs for the next 15 years. It will also wrap up discussions on global warming ahead of the U.N. Conference on Climate Change in Paris this November.

The agenda called Transforming Our World: the 2030 Agenda for Sustainable Development is a plan to shift the world onto a sustainable and resilient path through 17 lofty goals.

The far-reaching goals, integrated with 169 targets that are the result of more than two years of intensive public consultation around the world, hit upon such common global issues as poverty, climate change, and peace.

From Sept. 25 to 27, world leaders will try to figure out just how they’re going to pull it all off.

In 2000, a group of experts behind closed doors set eight goals to wage a war on poverty in developing countries

According to a 2015 report on those goals, the landmark commitment to “spare no effort to free our fellow men, women and children from the abject and dehumanizing conditions of extreme poverty” in developing countries has made some inroads: More than 1 billion people have been lifted out of extreme poverty; the global under-five mortality rate has declined by more than half; and over 6.2 million malaria deaths have been averted primarily of children under five years in sub-Saharan Africa.

However, the report also notes that efforts fell short causing world leaders and civil society to get involved in goal-setting this time, when the stakes are even higher.

With the 2030 Agenda for Sustainable Development, leaders are not only focused on battling poverty and hunger, but seeking to transform the very existence of the entire world through their 17 goals.

For the past two years, a number of international stakeholders including U.N. member states, experts, and millions of people have joined the process of determining how to address the wide range of complex challenges faced by all countries—not just developing ones—including climate change, poverty, hunger, health, gender equality, global partnership, and world peace.

These discussions have touched on numerous concerns from the potential of cities to become agents of change to a need to increase the energy and water efficiency of the agriculture and rural sectors.

With the pending climate conference, how to combat global warming is one of the more focused issues on the agenda.

What Countries Have Offered for Paris Climate Agreement

In a background papers report on the discussion of climate change, U.N. representatives determined the global economy has doubled in the last quarter century and the Earth’s ecosystems have been degraded by 60 percent over the past 50 years.  Since 2000, the global economy has lost well over $1 trillion to disasters, which they attribute to climate change and human activity. There was also consensus that global carbon emissions have risen by 40 percent since 1990.

The goal among other things, is to limit the rise of global mean temperature to 2 degrees Celsius below pre-industrial levels and achieve carbon neutrality in the second half of the century.

But leaders are asking themselves, according to the report, “What actions should be taken and what resources will be required at the national level to achieve the SDG [sustainable development goals] targets…?” and “How can we ensure that all actions motivated by the SDGs contribute to realizing the long term goal of keeping the rise in global temperature below 2 degrees Celsius…?”

This week, leaders will tackle these questions and more as they look to finalize and adopt the sustainability agenda and prepare for the equally historic climate summit in Paris.