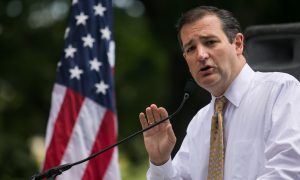 Ted Cruz Renounces Canadian Citizenship Ahead of 2016: 'I should be only an American'
0
Share Now
TelegramFacebookTweetEmailTellMeWeReddit
Copy Link 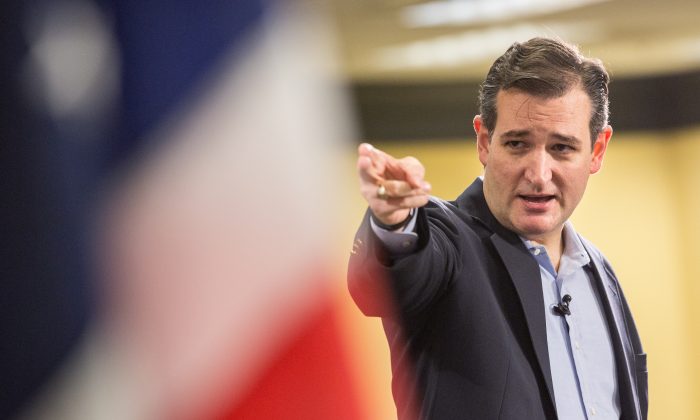 Ted Cruz, the firebrand first-term Senator from Texas, is running for president.

Reports say that Cruz will formally announce his presidential bid on Monday. He would be the first GOP candidate to officially launch his presidential campaign, even though Jeb Bush and Scott Walker have already been running de facto campaigns with platform speeches and fundraising efforts.

Cruz has been a polarizing figure not only in Washington but also in his own party, having played the gadfly to the Republican leadership for much of his career; he recently excoriated John Boehner and Mitch McConnell repeatedly for their tepid response to President Barack Obama’s executive action on immigration.

Aside from the practical concern of whether Cruz is too conservative for Republican primary voters, there is the technical question of whether he can run for president at all.

Article II of the U.S. Constitution states that only a “natural born citizen” of the United States is qualified to run for president, and some have raised the question of whether Cruz, born to an American mother in Calgary, Canada, can run at all.

The short answer is “yes,” and the longer answer “probably, but it won’t matter either way.” Although the term “natural born citizen” is not clearly defined in the Constitution, “the weight of legal and historical authority” interprets “natural born citizen” to mean anyone who is entitled to U.S. citizenship upon birth, including those “born abroad to U.S. citizen-parents,” according to a 2011 report by the Congress Research Service (CRS).

Cruz’s mother was born in the United States and held American citizenship at the time of his birth, which would make Cruz a natural born, and not “naturalized,” citizen of the United States.

From a legal perspective, the issue remains murky because the Supreme Court has never issued a formal ruling on the matter, and arguments can be made for why those born overseas are not natural born citizens.

“Although the eligibility of native born U.S. citizens has been settled law for more than a century, there have been legitimate legal issues raised concerning those born outside of the country to U.S. citizens,” the CRS report states.

‘The weight of legal and historical authority’ interprets ‘natural born citizen’ to mean anyone who is entitled to U.S. citizenship upon birth, including those ‘born abroad to U.S. citizen-parents.’

Still, it’s unlikely that Cruz will face a serious challenge on his qualifications because such an attack would make him a martyr and boost his political standing. Previous candidates with questionable citizenship credentials like George Romney, born in Mexico, and John McCain, born on a U.S. military base in the Panama Canal, have faced little scrutiny in this regard.

In 2008, then-Democratic primary front-runners Hillary Clinton and Barack Obama were adamant to make it clear that they did not question McCain’s natural born citizenship status, both co-sponsoring a symbolic bill in the Senate declaring McCain to be a natural born citizen.

McCain himself has dismissed questions about his natural born status by pointing to the presidential run of Barry Goldwater, who was born in the territory of Arizona in 1909, three years before it was granted statehood.