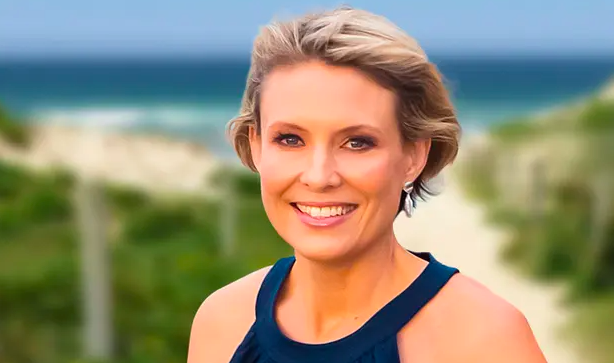 Biological-sex campaigner Katherine Deves has been selected as the Liberal candidate for Warringah, in Sydney, Australia, on April 5, 2022. (Liberal Party of NSW)
Viewpoints

The story of Katherine Deves is a story of survival in a world that has become intolerant of free speech and has lost its connection with common sense. She is the candidate for Warringah in Sydney for the Liberal Party, where she opposes Zali Steggall, who won the seat from former Prime Minister Tony Abbott in 2019.

As Deves, handpicked by Prime Minister Scott Morrison, has received death threats and is vilified by Australia’s cancel culture movement, she resides at an undisclosed and secret location. So, what is going on?

Deves’s sin is that, once, she declared that trans teenagers are “surgically mutilated.” Of course, she is not alone to espouse this view. Recently, Alabama plastic surgeon Patrick Lappert also warned about the lifelong effects of pharmaceutical and surgical alterations, which make a transgender person into “a life-long patient.”

He notes that “proponents of gender transitioning will say that it’s wrong to not treat children with gender-affirming therapy because not treating them leads to suicide.” But Lappert’s view is that children, who suffer from “gender dysphoria”—the feeling that one’s own gender identity is incompatible with their biological sex—can be treated successfully with family and individual cognitive therapy, with a success rate of 92 percent.

This battle is played out at the highest levels of politics in the United States, with Alabama Governor Kay Ivey signing a law on April 8 to protect children against “radical, life-altering drugs and surgeries when they are at such a vulnerable stage in life.” But the Kansas Governor, Laura Kelly, vetoed a similarly worded bill on April 15.

The debate in Australia, as in the United States, centres around the right of biological men who transition to transgender females to compete in female-only competitions.

Common sense suggests that a biological male would have an undue advantage over females in these competitions. This is exemplified by transgender athlete Lia Thomas who recently won a National Collegiate Athletic Association (NCAA) swimming championship, taking the title in the 500-metre freestyle.

At the heart of this dispute is the clash between “inclusiveness” and “fairness.” Transgender athletes would be unfairly advantaged if they were allowed to compete in female-only sporting competitions.

As Deves’s case illustrates, transgenderism is very much in the news in Australia. Moreover, this interest is fuelled by relevant political and legislative developments.

For example, the Victorian Parliament passed legislation in late August 2019 allowing transgender people to change the sex on their birth certificate without first having to submit to sex reassignment surgery. The sex on the birth certificate as amended thus simply reflects the applicant’s personal choice as to their gender.

Although the legislation requires that the application to change one’s sex on the register of births be made in good faith, predatory men could avail themselves of this legislative development to gain access to women-only facilities, such as bathrooms and toilets.

When this potentially unpalatable consequence was highlighted by Associate Professor Holly Lawford-Smith, who teaches philosophy at the University of Melbourne, she was furiously attacked by those who were protective of transgender rights.

There were demands that the university take decisive action against her for “promoting hate speech” and “distributing misinformation.” This sordid saga reveals that the higher education sector, established to promote the free and frank discussion of social issues, sometimes lacks the tolerance to allow for scholarly discussion to take place on their campuses.

This gender identity movement is supported by attempts to change the English language and refashion it in accordance with the illiberal views, which are spreading throughout Australia.

For example, draft guidelines by the Northern Territory Education Department encouraged teachers to abandon references to “boys” and “girls” and instead use “learners” and teach kids to use “they” instead of gendered pronouns, “he” and “she.” Following heavy public backlash, Deputy Chief Minister Nicole Manison said the government would “absolutely not” be banning the use of “boys” and “girls” but did not specify if the draft would be shafted.

Meanwhile, the Victorian government discourages the use of “mum” and “dad.” I also recently read a story that advocates the banning of the words “breast feeding,” which should be replaced by “chest feeding.”

The political correctness movement is thus impeding the spontaneous development of communication channels. This is one of the most illiberal developments of our time, and yet, Australia’s political overlords, trendsetters, and so-called “progressive” elites embrace it.

The combined effect of prohibiting free speech and the imposition of politically correct language may facilitate the development of a totalitarian mindset. A law recently adopted by the Victorian Parliament exemplifies that Australia is on the way to attuning people to a totalitarian mindset, which is uncritically supportive of the government.

The Victorian Parliament adopted a law that provides for harsh punishments for those who endeavour to wean teenagers away from transgenderism. In the state parliament, even the Opposition abstained rather than voicing dissent.

The oppression and repression are so hardfisted that most people, including politicians, do not dare to stand up for values that promote decency, common sense, and freedom which are conducive to living in a prosperous society.

Of course, teenagers need to be supported sympathetically, especially during puberty. But as Patrick Lappert and Katherine Deves remind us, to allow them to choose their gender identity, often without the knowledge or consent of their parents, is to condemn them to a life of misery.

The oppression of the political correctness brigade is blighting Australia, even to the extent that good people do nothing, fearful of undermining the expectation of conformity.

Edmund Burke, the 18th-century politician and philosopher, famously stated that “The only thing necessary for the triumph of evil is for good men to do nothing.” Surely, his statement is apposite here.

If Deves is successful in her bid to become the Liberal representative for Warringah, a voice of decency, common sense, and sanity may yet be heard in the Australian Parliament.