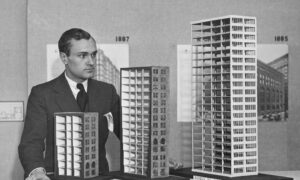 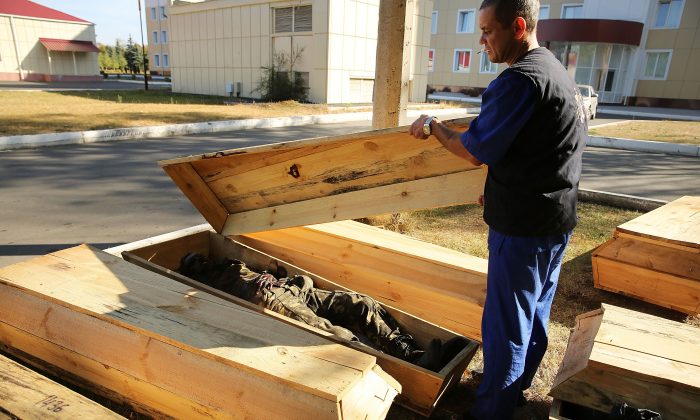 Morgue worker Sergiy Pilipenko inspects the coffins of unclaimed bodies, both civilians and soldiers, outside of the city morgue in Luhansk, Ukraine, on Sept. 14, 2014. Luhansk, a separatist-held city close to the border with Russia, has witnessed some of the heaviest fighting between Russian-backed separatist soldiers and Ukrainian troops. (Spencer Platt/Getty Images)
Opinion

Can Putin Be Persuaded to Accept European Harmony?

The implosion of the Soviet Union after 1991 brought freedom to almost 20 restored or new democracies of Central and Eastern Europe. Europeans were reunited, independent, and free after almost half a century of oppression. Russian leaders Mikhail Gorbachev and Boris Yeltsin encouraged both national self-determination and democracy. The EU added 10 east-central European countries in 2004 and 2007 and 80 million Europeans to its union of democratic nations.

National transitions were difficult, but in virtually all east-central European countries, life appears to be significantly better now than in 1989. Despite its current serious problems, the EU, with 28 member countries and already a population of 503 million with prospects for further enlargement, continues to be a beacon for democracy, human rights, economic prosperity, and stability for many across the world.

The recent appointment of Poland’s prime minister, Donald Tusk, as president of the European Council is a good indicator of Poland’s rising importance. It is also a good indicator that distinctions between Western and Central/Eastern Europe are disappearing. Problems under communism, including poor growth and low incomes, led Poland’s new democratic government to adopt a strategy for economic transition in 1990. Poland is the only European country to experience economic growth in every quarter since 2008.

Few North Americans have captured what is going on in Ukraine as well as Timothy Snyder, the history professor at Yale and author of “Bloodlands: Europe Between Hitler and Stalin.” He wrote a few days ago, “To understand Putin, Read [George] Orwell:”

Snyder’s piece concludes, “Oppression in Russia, war in Ukraine and the destabilization of the West are grotesquely high prices to pay for [Putin’s] preferences … we had better think instead about what we value and what we can do to protect it. If Ukraine becomes Novorossiya, Europe becomes Eurasia, and the West collapses, it will not be because of Russia’s physical strength, but because of our mental weakness.”

Before the recent summit in Wales, statements by NATO officials that it will defend the three Baltic members states, but not nonmember Ukraine, were shortsighted and foolish. Stephen Blank, senior fellow for Russia on the American Foreign Policy Council, notes:

I agree with Blank that Ukraine needs NATO support in the form of weapons, advisers, and training; also, EU and EU financial and political support. As he said, “NATO was created precisely to thwart actions such as Russia’s current invasion [of Ukraine].”

President Dalia Grybavskaite of Lithuania said: “Ukraine is being attacked because of its European choice. It is not only defending its territory, but also Europe and its values.”

Yeltsin unfortunately resigned his presidency in 2000 to former KGB Lt. Col. Vladimir Putin, who would later assert that the “collapse of the Soviet Union was a major geopolitical disaster of the century.” Putin’s clear goal at present is to destabilize the new Ukrainian government in Kyiv as much as is feasible; if he succeeds, he’ll doubtless invent other problems elsewhere as excuses to meddle or intervene there directly. All Europeans and the rest of the world with independent media now know that nothing he says can be believed.

Putin must be persuaded by “smart” and progressively tighter sanctions and by NATO to end support for the rebels in eastern Ukraine. He must come to see that a collaborative engagement with the larger European community is necessary in today’s world or that Russia will be completely isolated by European neighbors.

Given that huge sums that are being withdrawn from Russia, including as much as $70 billion in the first quarter of 2014 alone, and that the ruble has just hit a new low, Putin might begin to accept that European harmony is necessary if the Russian economy is to improve the lives of its citizens. One worries that he simply doesn’t care about 140 million Russians in general.

The former world and Russian chess champion and democracy advocate Garry Kasparov made much sense when he said, If the West punishes Russia with sanctions and a trade war, “it would be cruel to 140 million Russians, so instead sanction the 140 oligarchs who would dump Mr. Putin … if he cannot protect their assets abroad. Target their visas, their mansions, and IPOs in London, their yachts and Swiss bank accounts. Use banks, not tanks.”

The main conclusion, however, is that betraying Ukraine and Ukrainians will bring neither peace nor security now or in the future.