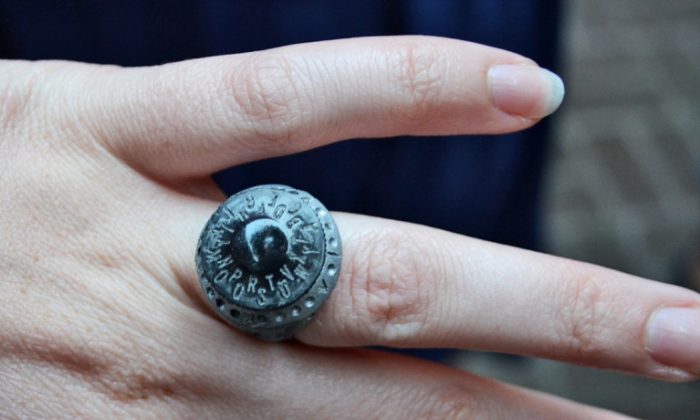 "Cleft palates, coronary artery disease, and other conditions involve biological pathways that we largely don't understand," says Lara Mahal. "MiRNA, our findings suggest, may offer a way to cut through the clutter to better see, and comprehend, how these afflictions are manifested." (Genevieve/Flickr, CC BY 2.0)
Science

The study in Proceedings of the National Academy of Sciences points to a new method for decrypting the biological functions of enzymes and identifying those that drive diseases.

The research focuses on a particular class of enzymes that biosynthesize carbohydrates (i.e. glycans)—complex biological molecules controlling multiple aspects of cell biology—as well as on their attendant microRNA (miRNA), which are regulatory molecules that spur changes in a cell by inhibiting protein expression.

“Carbohydrates present a challenge for analysis because their complexity and ‘noise’ that accompanies their biosynthesis make it difficult to isolate how they are involved in cellular change,” explains senior author Lara Mahal, an associate professor in New York University’s chemistry department.

“Our results show that rather than trying to trace the intricacies of this molecule’s activity, we can simply track miRNA.”

Specifically, she adds, miRNA can illuminate which glycogenes, or genes encoding glycosylation enzymes, are vital in a biological pathway.

Previous research by Mahal and her colleagues found that miRNA molecules—used to regulate gene expression—serve as major regulators of the cell’s surface-level carbohydrates. The discovery was the first to show that miRNA play a significant regulatory role in this part of the cell, also known as the glycome.

In the new study, her research team focused on determining whether miRNA could be used as a “decoder ring” to reveal the role of specific glycans in biology.

They focused on miR-200, an miRNA family controlling the movement of cells in processes such as wound healing and tumor-cell metastasis, to determine if it could predict the biological function of a trio of glycans that are notoriously hard to monitor.

‘Cut Through the Clutter’

MiRNA are far easier to analyze than glycosylation and are a useful tool to shed light on the role of glycosylation in human diseases and afflictions.

This is especially important as carbohydrates play important roles in every disease, which we have yet to understand, Mahal notes.

“Cleft palates, coronary artery disease, and other conditions involve biological pathways that we largely don’t understand,” she explains. “MiRNA, our findings suggest, may offer a way to cut through the clutter to better see, and comprehend, how these afflictions are manifested.”

Partial support for the study came from the US Department of Defense.