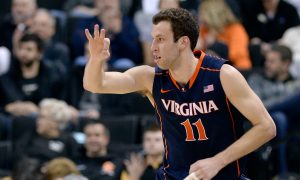 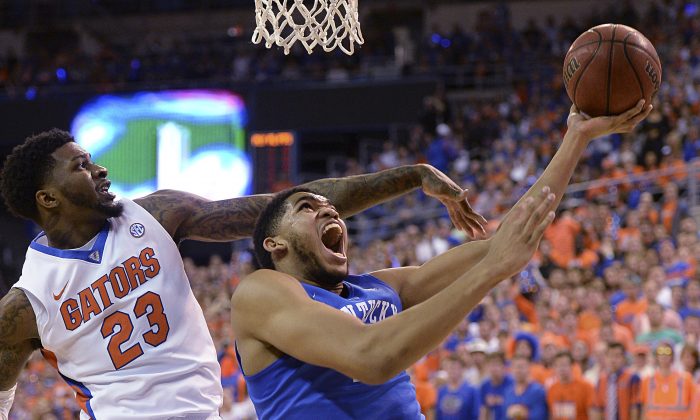 Kentucky Now 30–0: Can They Go Undefeated?

In 1976, the Bob Knight-led Indiana Hoosiers went 32–0 en route to winning the national title. It would mark the fifth time in a 13-year period that a team would finish with a perfect record—with the other four times being done by John Wooden’s ridiculous UCLA juggernaut.

Thirty-nine years later Indiana is still the last to do it, though 30–0 Kentucky is coming closer and closer to duplicating the feat.

Not only are the Wildcats undefeated, they’ve obliterated national powerhouses like Kansas and UCLA, while also topping North Carolina, Louisville, and Texas. With only one regular season games left on the schedule (versus Florida in Lexington) Kentucky has a great chance to enter the Big Dance without a blemish. That’s where it gets tough though.

Here are the best starts, by any team, since 1976 and how they finished the year.

Why so good? John Calipari’s squad had freshman point guard Derrick Rose (14.5 points per game), Chris Douglas-Roberts (18.1 points) at the wing, and Robert Dozier (8.6 points, 6.9 rebounds) in the paint.

First Loss: Regular season game versus Tennessee 66–62. The top-ranked Tigers hit just 8 of 17 free throws to lose to the second-ranked Volunteers. It would be a sign of things to come.

Tournament finish: Second round, with a 30–2 record.

Why so good? Mike Montgomery had a lot of success in college, before trying his hand in the NBA, and this team may have featured his best player ever, in small forward Josh Childress. Childress averaged 15.7 points and 7.5 rebounds per game (both team-highs) as the Cardinal held teams to an average of 60.5 points per game.

Why so good? Marcus Camby. John Calipari’s amazing turnaround of the Minutemen peaked in 1996 when Camby, then a junior, averaged 20.5 points, 8.2 rebounds, and 3.9 blocks per game.

First Loss: Regular season game at George Washington 86–76. GW led by as much as 23 points before UMass rallied to pull within 73–64 late in the game.

Tournament finish: First round, with a 26–2 record.

Why so good? The 6-foot-10-inch All-American Steve Johnson averaged 21.0 points and 7.7 rebounds for Hall of Fame head coach Ralph Miller’s best squad in his 38 years of coaching.

First Loss: Atlantic 10 conference tournament game versus Xavier 87–67. The Musketeers grabbed a 22-point halftime lead and shot a blistering 71.4 percent for the game.

Why so good? Guards Deron Williams, Luther Head, and Dee Brown were the major contributors for Bruce Weber’s second team—all three were recruited by former coach Bill Self.

Tournament finish: First round, with a 29–2 record.

Why so good? Future NBA center Bill Cartwright (19.4 points, 8.5 rebounds) was among four players that averaged better than 14 points a game for the Dons.

Why so good? Tons of talent. John Calipari’s current squad has a staggering nine McDonald’s All-Americans, and that doesn’t even include forward power Willie Cauley-Stein who may be their best player. Defense has been their calling card. They are second in the country in both fewest points allowed (53.5) and blocks per game (6.9).

Why so good? Larry Bird. One of the greatest players of all time put the team on his back for the season averaging an incredible 28.6 points, 14.9 rebounds, and 5.5 assists per contest. Since his departure the Sycamores have made the NCAA tournament just three times.

First Loss: In the national finals against Michigan State 75–64. Magic Johnson and the Spartans defeated Indiana State in one of the most-anticipated title games in history. Bird hit just 7 of 19 shots, as he was harassed by constant double- and triple-teams every time he touched the ball.

Why so good? The Runnin’ Rebels boasted five future NBA draft picks, plus 1990 Most Outstanding Player of the NCAA Tournament, Anderson Hunt. Most notable of their players though was Larry Johnson who averaged 22.7 points and 10.9 rebounds a contest.

First Loss: In the national semifinals against Duke 79–77. One of the bigger upsets in Final Four history was a rematch of the previous year’s title game, which UNLV won by 30 points. The classic game featured 17 ties and 25 lead changes, but was probably lost for good when UNLV point guard Greg Anthony fouled out with 3:51 remaining.

Tournament finish: Third Round, with a 35–1 record.

Why so good? The Shockers just 59.5 points per game (9th best in the country) while on offense, the team boasted four players averaging better than 10 points per game. It didn’t hurt that the schedule featured no top-tier teams.

First Loss: In the third round against Kentucky, despite shooting 55 percent from the field. Shockers guard Fred VanVleet missed a three-pointer at the buzzer that would have won this back-and-forth classic.