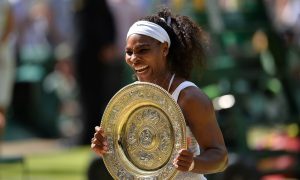 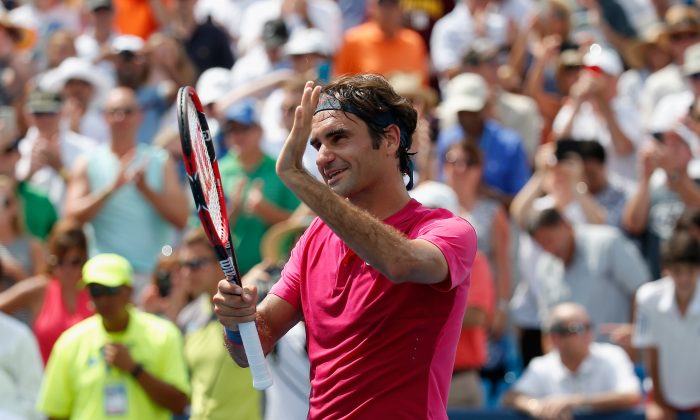 Roger Federer has won the US Open five times, but none since 2008. (Rob Carr/Getty Images)
Sports

Remember when Roger Federer was king of the US Open? Me neither.

The records indicate that the year was 2008—the year Tiger Woods last won a major—when the Swiss Maestro last hoisted the US Open trophy.

At the time, it was Federer’s fifth straight championship at Flushing Meadows, and most thought the then 27-year-old would hoist it again the next year.

But most were wrong.

Federer made the finals the following year, only to be upset by Juan Martín Del Potro in a five-set stunner. Since then, the farthest Federer has advanced at the tournament he once dominated is the semifinals in 2010, 2011, and 2014. Meanwhile his Grand Slam victories slowed down considerably.

After Federer beat Andy Murray in straight sets in the 2008 US Open finals, he won the French Open and Wimbledon the following summer (2009) and then the Australian Open in 2010. But during the five-plus years since that time, he has only the 2012 Wimbledon title to show for his 22 Grand Slam appearances.

Strangely enough, it’s not like the 17-time Grand Slam winner has fallen off the planet since then. He’s still hanging around the leaderboard as his current No. 2 ranking in the world indicates. The Fed just hasn’t had as much success at the biggest events while battling fellow contenders Novak Djokovic, Rafael Nadal, and Murray, who are all roughly five to six years younger than the elder statesman.

It’s been an uphill battle for the 34-year-old. But he’s adapted.

With coach Stefan Edberg in his corner, Federer has changed his game around to become aggressive as ever at the net—and it’s worked of late.

Djokovic Still the Man to Beat Despite Rogers Cup Loss

Only Djokovic, in the finals, broke Federer’s serve last month at Wimbledon. And just last week, Federer won the Cincy Open for the seventh time while beating the then No. 1 and No. 2 players (Djokovic and Murray) for the crown.

With the 2015 US Open ready to start on Aug. 31, the question of whether he can beat those two on the biggest stage remains to be seen, but Federer has shown he still can. Whether he will is another question that will soon be answered.