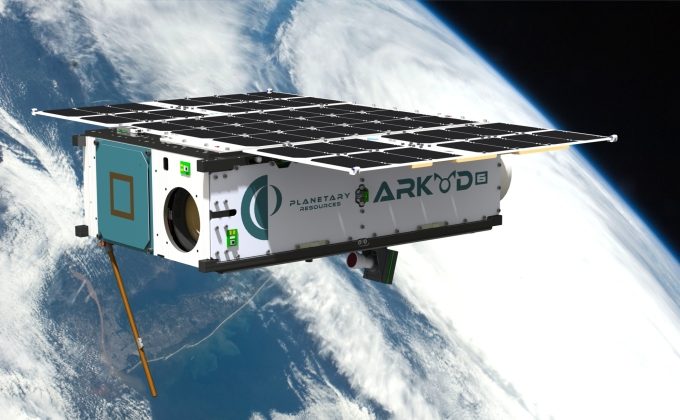 The question over the ownership of outer space—all the other planets, asteroids, and stars—has a colorful history. By dent of its inaccessibility, outer space has been fertile ground for contradictory claims of ownership.

A Canadian man once filed dozens of lawsuits in the 2000s staking his claim over different planets in the solar system and four of Jupiter’s moons. In the 18th century, Frederick the Great of Prussia once bequeathed the moon to a physician to compensate for the latter’s services.

In the past, there was no need to resolve the question of space ownership because of its practical irrelevance to humanity, but that’s about to change. Earlier this month, a mining prospector spacecraft was launched from the International Space Station to test its control systems and software in orbit.

The spacecraft, called the Arkyd 3, is the creation of Planetary Resources, a private company that wants to mine valuable minerals that are likely to be found on asteroids. The value of mineral riches on an individual asteroid can add up to hundreds of billions. And it’s not just precious metals like gold and platinum; a large fraction of the value stems from the water, which is far cheaper to harvest in outer space than sending it up on rockets.

After Arkyd 3 completes its three-month mission, Planetary Resources will conduct trial-runs of the Arkyd 6, which will be equipped with infrared sensors that can detect temperature differences in objects to identify sources of water and minerals on asteroids.

Even if Planetary Resources can successfully build machines that can mine gold on asteroids, it will have to find a way to keep that gold, an uncertain prospect because existing agreements and laws on outer space property rights are murky and untested.

Article 1 of the Outer Space Treaty, an international agreement signed by more than a hundred countries, vaguely states, “The exploration and use of outer space, including the moon and other celestial bodies, shall be carried out for the benefit and in the interests of all countries, irrespective of their degree of economic or scientific development, and shall be the province of all mankind.”

A cursory glance at history provides no better guidance: when different European nations made overlapping claims to areas in the New World, the disputes were settled by wars.

The legal framework being pushed by Congress is that of a first-come, first-served mentality: companies will be able to keep the minerals that they harvest, but can’t make territorial claims on parts of asteroids.

In May, the House passed the 2015 SPACE Act, which states, “Any asteroid resources obtained in outer space are the property of the entity that obtained such resources,” and would grant the Federal Aviation Administration the power to regulate such activities and resolve disputes between different mining companies, as per federal law.

But companies like Planetary Resources aren’t the only players in the space mineral game. China has its eyes on helium-3, an isotope rare on earth but abundant on the moon, a substance that could be invaluable in nuclear fusion reactors, which the Chinese Communist Party has heavily invested in.

Before Planetary Resources makes a move, it will likely have its lawyers sort out property rights issues with the appropriate agencies. After all, the company isn’t a pet-project of hobbyists, but a full-fledged project bankrolled by Silicon Valley titans like Google’s Larry Page and Eric Schmidt, and has attracted investors outside of tech, like Ross Perot and Richard Branson.