Can Cash Nudge Hollywood Toward Family-Friendliness? 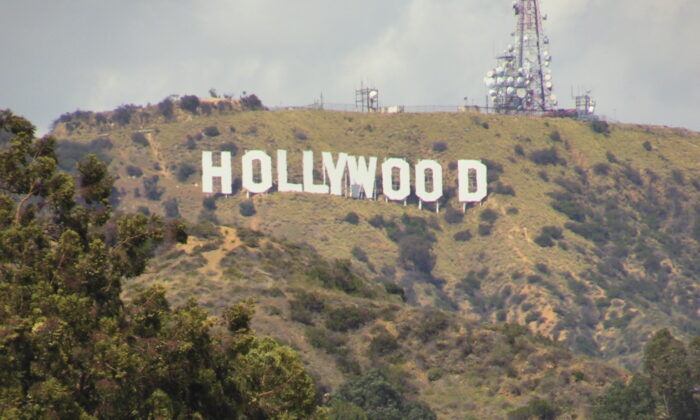 A view of the Hollywood sign from Los Angeles. (Tiffany Brannan/The Epoch Times)

When the choice is profits or profanity, or booty of one kind versus booty of another, Hollywood has for many years, perhaps surprisingly, leaned decidedly away from the increased revenues that clean fare brings.

In case you were unaware, R-rated films make less money than those you can take Junior and Princess to with a clear conscience—a lot less. And the trend seems to be increasing.

This fact was placed in the spotlight with the recent decision to rerelease “Father Stu,” the true story of Stuart Long, a hard-living Montana amateur boxer whose troubled childhood included a climate of family hostility to religion after his younger brother’s death at age 4, but who experienced a conversion, entered seminary, and was allowed to be ordained as a Catholic priest despite being diagnosed, while a seminarian, with a degenerative muscle disease that would ultimately take his life.

As originally released in April the film’s profanity reached Scorsese-esque levels, with four-letter words numbering over 200, all of which producer and star Mark Wahlberg decided to edit out for re-release this month, Taking in over $21 million, “Father Stu” is already a hit. But researchers discovered long ago that the big difference between R-rated movies and others was not nudity and sexual content but the presence of curse words. Movies with characters who watch their mouths rake in more money, so Wahlberg can now count on a lucrative second wind for his powerful biopic.

In later years he has re-embraced his Catholic faith in a very public fashion (though apparently dissenting from the Church’s opposition to same-sex marriage), and last month he told Fox News that the cleaned-up re-release of “Father Stu” was fashioned with youths in mind. “I really wanted young people as a whole to see it, but especially young boys,” he said, adding, “We want to prevent kids from making a lot of the same mistakes that we made–certainly mistakes that I made. So anything that we can do to kind of show them an easier path to serving God and just being positive, productive members of society.”

Wahlberg realized that “lots of families didn’t feel comfortable with their children seeing” his film in its original form, “but they really wanted them to get the message … To see Stu’s journey and the struggle that he went through to find his calling, we felt, was really important for people of all ages to see.”

Significantly, Wahlberg said the expletive-deleted version of the movie didn’t undermine its message. How many other R-rated offerings from Hollywood could this also be said of? How many of their producers would admit as much?

We have a motion picture industry in which even superhero movies have leapt into the R realm faster than a speeding bullet, e.g. “Blade,” “Darkman,” “Deadpool,” “Logan,” “Suicide Squad,” and “Watchmen.” And those who think this development isn’t unfair to parents seeking to shield the eyes and ears of their children should give it a shot convincing an adolescent male that he really isn’t missing much and see how far they can get with him.

The trend probably began with the curse word or two that was slipped into Tim Burton’s massively successful 1988 “Batman,” which earned over $411 million. But that’s light years removed from last year’s Marvel/Disney PG-13 superhero offering, “Eternals,” which includes a sex scene and marks the first time Marvel has had two homosexual characters kissing on the big screen. Similarly, Marvel’s “Guardians of the Galaxy Vol. 2” from 2017 is chock full of casual expletives, plus sexual references and toilet humor.

Florida Gov. Ron DeSantis, who signed the law earlier this year, told Fox News, “Why is the hill to die on to have transgenderism injected into kindergarten classrooms, or woke gender ideology injected into second grade classrooms? Meanwhile, if we had done a bill that prohibited talking about the abuse of Uyghurs in China, Disney would have supported that legislation because they won’t say a word about that.”

Communist China actually bans men from television if they are found to be effeminate, and yet Disney, despite its “gay agenda” in America, thanked four Chinese Communist Party propaganda departments and a public security bureau in the Xinjiang region in the credits of the 2020 live-action remake of its 1998 “Mulan” animated feature. Some of the remake’s scenes were filmed in Xinjiang, a region where over 1 million Muslims, mostly Uyghurs, are held in concentration camps. Will the just-returned Disney CEO make addressing such extremism and hypocrisy part of his damage control? He recently told employees, “It’s complicated, and there’s a balance”—so the answer is unclear.

For Hollywood, clearly, it isn’t simply bare bottoms on the silver screen competing with the studios’ bottom line. There is an aggressive woke ideology embedded in the fabric of Tinseltown that all the ticket sales and streaming service fees in the world likely can’t stop.