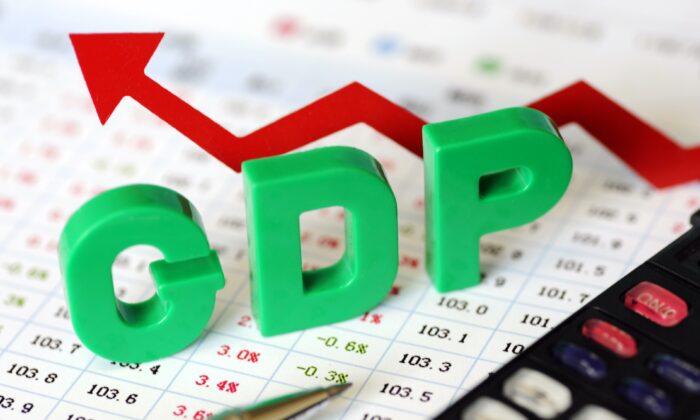 Can Biden Flaunt the Strongest Growth in 4 Decades?

I was surprised to see a tweet from President Joe Biden showing the gross domestic product (GDP) of the United States for 2021 compared to the average GDP growth under other presidents. The tweet stated: “This didn’t happen by accident. Because of the actions we took, last year we achieved the fastest economic growth in nearly four decades.”

The first thing we have to remind the president is that a recovery from a massive crisis isn’t “growth.” Unfortunately, this marketing tactic isn’t new. When Biden was vice president under President Barack Obama, they always compared growth and jobs for the president’s tenure excluding the first year, 2009. Presidents tend to compare their figures favorably, but to talk about 2021 as the “fastest economic growth in nearly four decades” is misleading.

First, recovering the GDP after a massive crisis isn’t growth. After falling 3.5 percent, a 5.7 percent recovery isn’t “the fastest economic growth” in 40 years. It’s a bounce. Furthermore, when inventory build contributed a massive 4.9 percentage points to the 6.9 percent increase in real GDP for the fourth quarter, we should be cautious. This factor is likely to be reversed in the first quarter and points to slower growth in 2022.

That means that the U.S. economy has barely grown after adjusting for the massive increase in debt. The U.S. government has consumed 3.5 times more debt than the GDP accumulated in two years.

Third, because the 2021 GDP growth comes with the highest inflation figure in 39 years, a 7 percent increase in the consumer price index (CPI). This means that real wages have plummeted, and consumers are suffering, while small and medium enterprises are seeing declining margins.

The slowdown in economic growth that the United States is likely to see in 2022 should also be noted. Industrial production, retail sales, and job creation have slowed notably in the past three months. Let’s also not forget that the labor force participation rate has been stagnant for almost a year.

If we put this recovery in the context of the largest monetary and fiscal stimulus in recent history, with two record-high deficit prints, what the Biden tweet shows is the poorest recovery adjusted for debt and monetary support in many decades.

No administration since World War II has used such immense policy actions to deliver above-trend growth and a rapid recovery. However, despite the almost unlimited use of government spending and Federal Reserve resources, including negative real rates and the lowest borrowing cost of government debt in decades, the reality shows an extremely poor and diminishing return from the fiscal and monetary space.

This is also the problem with many economists’ and investment banks’ analyses. No one seems to care about the massive debt surge and the appalling return on investment of the stimulus plans. If there’s something that resembles “growth,” politicians are happy.

But there’s a much deeper issue. The accumulated debt will be a burden on growth and jobs in the future, it’s likely to trigger massive tax increases, and, additionally, the placebo effect of the spending plans fades away rapidly. The U.S. government consumes trillion-dollar stimulus plans as if it didn’t matter.

There’s a bounce after such a massive adrenaline injection into the economy. But the bounce is clearly insufficient and low quality. The result is higher inflation and no discernible multiplier effect for the spending programs approved, because most of the recovery comes from the reopening of the economy, not from the stimulus.

This, unfortunately, is typical in many economies: a lot more debt for weaker growth and higher inflation.

The Biden tweet states that “this is no accident.” He’s right. It’s more like a Keynesian train wreck.