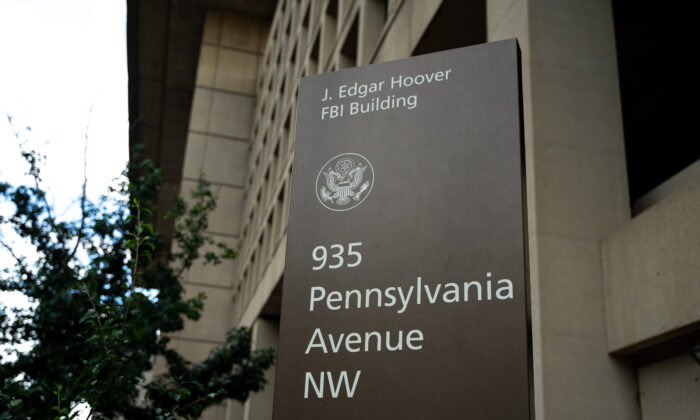 Can Americans Still Trust the FBI?

NTD productions present “Raid on America: A Special Documentary Report,” available on EpochTV. This episode follows NTD correspondent Paul Greaney as he examines the legalities of the recent FBI raid on former President Donald Trump’s home and whether or not the FBI is objective in its investigations.

With the midterm elections fast approaching, Trump’s endorsement in primaries across the nation suggests that the former president’s influence is still very strong, endorsing more than 200 Republican candidates and boasting a 92 percent win rate by mid-August. Director of Big Data Poll, Richard Baris, says that Trump’s endorsement is the most powerful endorsement in the history of modern American politics. Sebastian Gorka, a former strategist to Trump, says Republican candidates such as Rep. Liz Cheney losing their primaries signifies that the GOP is now comprised of “America first” voters. Political strategist Roger Stone believes Trump is more likely to run for president now than ever before.

Amidst Trump’s evident political prowess, on Aug. 8, news broke that the FBI had raided Trump’s Florida home. The raid took place less than 100 days before critical elections and under the same political leadership that protected Hillary Clinton, James Comey, and is now protecting Hunter Biden. Was the raid a display that no one is above the law, or is the American Department of Justice being weaponized against the current administration’s political opponents and its own people? “If we can’t trust the people watching over us, who can we turn to?” Greaney asked.

Was This an Objective Raid?

The raid is reported to have to do with Trump possessing classified records and national defense information. Agents took eleven sets of documents with classified markings. However, every president maintains top security clearance, even after leaving office. “The idea that a former president somehow loses his ability to read classified materials is absurd,” said Gorka.

Former Justice Department official Jeff Clark says that the FBI could have issued a subpoena to obtain what they wanted and that they did not need to resort to a search warrant. It is also true that in June, the FBI and the DOJ were at Trump’s house and that the former president was cooperating with them. The experts interviewed for the special report point out issues both in how broad the warrant is, as well as the way the FBI executed it. For example, according to a partner at Binnall Law Group, Jesse Binnall, the FBI took items not authorized by the search warrant, such as Trump’s passport.

And then there is the issue of political bias from the judge who issued the warrant. Bruce Reinhart, a Democrat supporter and Obama donor, had recently recused himself from a civil case involving Trump due to his bias. “I don’t understand how you could possibly feel that you needed to recuse yourself from a case like that because you might be biased against President Trump, but that you could issue a search warrant against him,” said Clark. “That doesn’t compute.” Greaney also questioned why this case wasn’t given to the most senior judge available, considering its importance. Why was Reinhart allowed to decide such a monumental political move right before the midterms, as well as how much, if anything, the public will know regarding evidence for approving the raid? Is the secrecy of the FBI’s investigation meant to hide important information, or meant to hide corruption?

Watch the “Raid on America: A Special Documentary Report” on Epoch Cinema here.

This Is the Agency That Lied About Russiagate

Gorka, who used to run a private company that trained the FBI’s counter-terrorism department, said he now distrusts the FBI and DOJ after Russiagate unfolded. Lee Smith is an investigative journalist and author of the book “The Plot Against the President” which chronicles how the Hillary Clinton campaign, intelligence community, and journalists acted together to try and bring down the then-incoming president by tying him to Russia. Smith said it is often forgotten that they were spying on the president, which has been confirmed by recent findings from the John Durham investigation.

Former director of Cyber Security Policy with the Department of Defense John Mills said he was pressured at the time to assist in finalizing the Russia story, which could have potentially blocked or delayed the inauguration of Trump. Mills was stunned to be approached with such a request, saying he was reading the classified documents about the Russia story and knew there was not enough “meat” to it. Yet, the media ran with it anyways. “There was essentially nothing in the body of his very classified document that gave any evidence that Trump was a Russian asset. Yet, the executive summary was that Trump was a Russian asset and I was told to stand down,” said Mills, explaining that he was told the Secretary of Defense had already signed off because James Comey and John Brennan were personally writing the document. We now know those same individuals were aware at that time that the Russian story was fake. “Comey and Brennan were lying,” said Miller. The following $32 million investigation found no evidence of collusion between Trump and Russia.

Is the Government Persecuting Trump and His Supporters?

The EpochTV documentary mentions a swath of Trump supporters and allies who also have been targets of FBI raids and investigations, such as Jeffrey Clark, the Trump-era DOJ official who has attempted to investigate allegations of election fraud, and whose house was raided. Gorka, despite having nothing to do with Jan. 6, not only had his phone records subpoenaed but also his wife and children’s. Peter Navarro was arrested with unnecessary force. Roger Stone, political consultant, and friend of Trump was raided by 29 fully SWAT-clad agents, a helicopter overhead, FBI boats, and assault weapons used to arrest a first-time, nonviolent suspect accused of lying to Congress. He said they had spoken to his attorneys the day before and the normal process would have been to tell his lawyers he was going to be charged and recommend he turn himself in, which he claims he would have. Once the FBI obtained Stone’s emails and texts, they found no evidence of what he was being accused of. “I gather the purpose of this was intimidation,” said Stone.

All these events have created massive distrust in government and law enforcement among American citizens. When Americans see how notable Democrats like Hillary Clinton have broken the law and are being treated, in contrast to Trump or Jan. 6 peaceful protestors, it causes concern about the unequal application of the law. Is our government still of the people, by the people, and for the people? The people are supposed to run the government, not the other way around. However, a recent Rasmussen poll says that 64 percent of Americans believe there is a group of unelected bureaucrats in government pursuing their own interests and agendas rather than the policies of the elected president.

Since Americans cannot vote the career bureaucrats out of the DOJ, FBI, or IRS, experts say this creates a lack of checks and balances. However, many believe that Donald Trump’s presidency changed that. Gorka said every chief executive, from Washington to Obama, was either a retired military or a government official. Electing Trump rejected the political elite on both sides of the aisle, making him a massive threat to the vested interests of the ruling class. Gorka claims that Trump is not owned by anyone. Binnall says Trump stood up to the government bureaucracy, sending the message that he didn’t answer to them, but rather to the American people and the Constitution. His administration signified that the people do still have power in this country.

Is Justice Actually Blind in Washington?

If the judiciary and law enforcement even appear biased, they lose credibility. No matter what side of politics one is on, Americans should want the application of the law to be equal, instead of law enforcement being used to simply go after the ruling elite’s political opponents. The recent actions of the FBI send the message that anyone who doesn’t fall in line with the current administration is a target. Gorka, whose parents fled communist Hungary said “yes, I’ve seen this before, but I never thought I’d see it in America.”

Six years of investigations into Trump and his supporters is enough to make people worried. Lee Smith predicts the FBI will most likely try to indict Trump. This won’t be difficult, according to Binnall, because the FBI knows they can find a jury in Washington full of the bureaucrats that Trump has stood up to who will be happy to convict him of anything. “It’s impossible to get a fair trial in this town,” says Binnall, noting that he is shocked but not surprised by what is happening, and that is what is scary—Americans aren’t surprised by the shocking abuses of the Constitution that have been allowed to happen all around them for so long now.

Tell the Truth and Never Censor Your Beliefs

Gorka says the solution is very simple: “Stand up for the truth, never never never censor yourself.” He believes that “one man telling the truth can lead to the collapse of a dictatorial regime. If you are not prepared to put your face and name to your values, you do not represent those values.”

This EpochTV episode reminds viewers that America’s founding fathers understood how dangerous it is for a government to become too powerful. This is why the separation of government and the system of checks and balances is crucial to America’s founding documents. Binnall says America has reached the point where we have to stand up to the abuses of the Constitution and for the concept that we have inalienable rights. Without that, the government can do whatever it wants and We the People will be its victims.