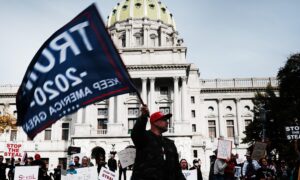 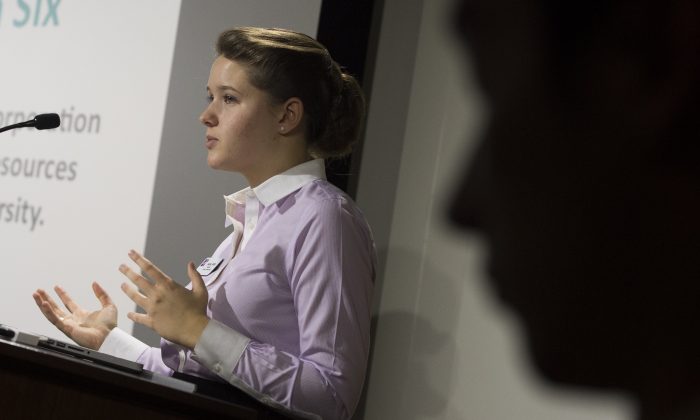 American University student body president Sophia Wirth talks about the Sexual Assault Awareness and Prevention Task Force dealing with campus sexual assaults and violence during a school forum about the issue at American University in Washington, D.C., on Nov. 10, 2014. Last spring (2014), emails written by members of American University's Epsilon Iota fraternity were leaked, revealing to a horrified public the strategies—from manipulation to outright drugging—the brothers used to get sex. The messages from the members of the unofficial group at the campus in the US capital gave tips on targeting first-year female students—perceived to be more naive—and the best places to have sex without being seen. One email suggested inviting girls over for drinks before a party, so they "would feel more relaxed and safe." (Saul Loeb/AFP/Getty Images)
Opinion

There is a must-watch film of a powerful, yet disturbing exposé on the crisis of sexual assaults taking place on U.S. college campuses.

All students attending college, and their parents must be aware of the magnitude of sexual assaults and make sure their voices are heard. The college experience must not turn into heartbreak, tragedy, or a nightmare for anyone.

Compounding the personal devastation to the victims, “The Hunting Ground” ignites outrage by contemptuous reactions of college administrators and their legal representatives.

The college experience must not turn into heartbreak, tragedy, or a nightmare for anyone.

American campuses must be havens of security, moral courage, and ethical behavior; not cauldrons of abuse igniting retaliation against victims, contempt for moral decency, or violation of the law.

Ethics by Word and Deed

Victims of sexual assault must always be treated with compassion, empathy, and sensitivity; never with scorn, suspicion, and betrayal.

It is disgraceful for colleges to dehumanize victims to falsify crime statistics, disingenuously manipulate fundraising or federal funding programs, deceptively recruit students, or protect their brand name under false pretenses.

America, we have a problem with sexual assaults on college campuses and the crisis must be addressed with honesty, courage, and collaboration.

Ethics must be the foundation of the college mission by word and deed, and this virtue must be infused throughout the entire educational community.

Annie E. Clark, a co-founder of Ending Rape on Campus (EROC), is a courageous woman highlighted in the film.

She was brutally, sexually assaulted before classes even started in her freshman year, but she transformed her tragedy into triumph. As an advocate against sexual assaults, Annie was a lead complainant in the Title IX and Cleary Act complaints against the University of North Carolina at Chapel Hill (UNC) where she graduated Phi Beta Kappa.

Annie also helped to write the Bi-Partisan Campus Safety and Accountability Act through her collaboration with Sen. Kristen Gillibrand.

Along with Clark, Andrea Pino, who also attended UNC, is a co-founder of EROC, and is prominently featured with her in the film.

As sexual assault victims, both worked together on the Title IX complaint, detailing that rampant sexual assaults at colleges result in an unequal environment for learning.

The EROC website provides the following information on Title IX:

“Title IX of the Education Amendments of 1972 is a federal civil rights law that prohibits discrimination on the basis of sex in any education program or activity that receives federal funding. Sex discrimination includes sexual harassment, sexual battery, sexual assault, and rape that are ‘so severe, pervasive, and objectively offensive that it effectively bars the victim’s access to an educational opportunity or benefit.’ Even a single instance of rape or sexual assault by another student, faculty, or staff member could meet this standard.”

“Rape and Sexual Assault: A Renewed Call to Action” details the enormity of the crisis:

Compounding the White House report, the culture of enabling reported in “The Hunting Ground” includes the following:

The enabling of predators, due to the lack of ethical leadership, is also reported by the film exposing outlandish sanctions for individuals found responsible for sexual assault:

America must enhance personal safety training as well as ethical leadership initiatives for students and the entire college community, and hold those responsible for sexual assaults accountable.

Law enforcement must also take the moral high ground and refuse to be pawns of college administrators with investigations, arrests, and prosecutions.

Only when American colleges integrate security with leadership guided by character, and developing an ethical guardian mindset for all, will we be on the right path for reawakening the nation.