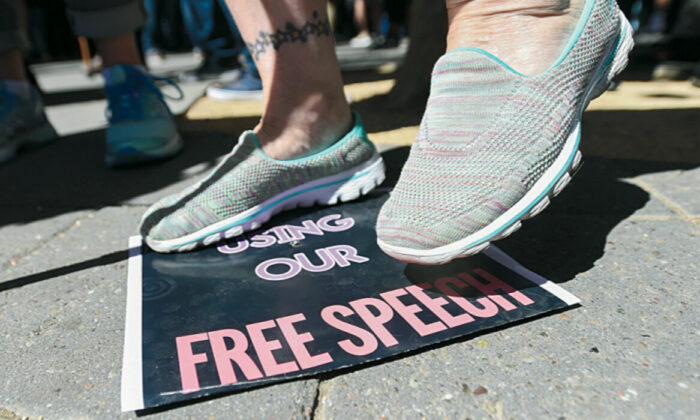 At least 6.4 million students who attend America’s colleges and universities have their First Amendment rights restricted, a recent evaluation shows.

The Foundation for Individual Rights in Education (FIRE) released its annual report on Wednesday, rating more than 470 colleges across the United States. Each institution is given a “red light,” “yellow light,” or “green light” depending on how much its written policies could limit student expression.

About a quarter of institutions in the report received FIRE’s poorest, “red light” rating for maintaining policies that both “clearly and substantially” restrict freedom of speech.

Laura Beltz, FIRE’s senior program officer, and the report’s lead author found that 63.9 percent of the listed institutions earned a “yellow light” rating, meaning they have policies that are written in a vague manner that could be interpreted as restrictive to free speech. For example, Harvard University has a “yellow light” rating for its policy that forces students to submit an application before distributing written materials anywhere on university property. Boston College has also been rated a “yellow light” institution for its policy that encourages students to report undefined “bias-related incidents” to administrators for investigation.

Only 11 percent of the 471 institutions evaluated received FIRE’s best, “green light,” rating for not having any written policies that aim to censor student expression, the report says. For the first time, since FIRE has begun evaluating colleges and universities, the number of “green light” ratings has exceeded 50 schools.

Since private institutions are generally not bound by the First Amendment, FIRE designs a “warning” rating for those educational institutions that do not promise free speech to students and faculty members. Of the 105 private colleges and universities reviewed, six of them earned a “warning” rating for clearly and consistently stating that they hold certain values above the commitment to freedom of speech, such as religious values, which is their right as a private institution.

FIRE’s report concluded that more than 1 million American students are enrolled at green light institutions, while more than 6.4 million students attend schools rated yellow, red, or have earned a warning.

Additionally, Mississippi and Arizona are the only two states in which all rated institutions are given a “green light” rating. It doesn’t mean that Mississippi and Arizona schools are all bastions of free speech, but just that FIRE has not found any policy that poses threats to students and faculty members’ First Amendment rights.