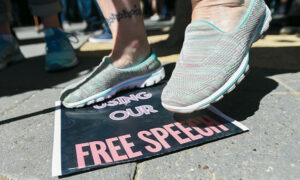 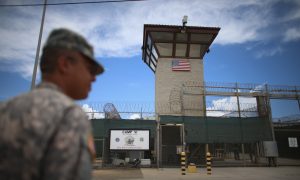 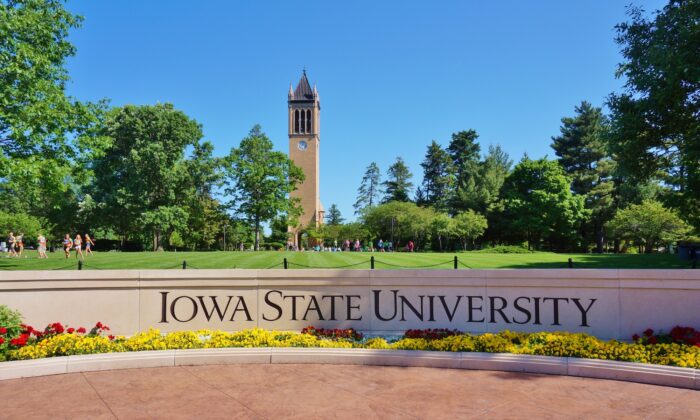 Iowa State University is facing a First Amendment lawsuit over some of the public school’s speech-restrictive policies.

The three ISU policies in question are a ban on writing messages on campus sidewalks with chalk, a rule that prohibits students from using school email to communicate about campaigns and elections, and Campus Climate Response System (CCRS), a bias reporting system that is allegedly mostly used to punish students with conservative views.

“Iowa State University maintains a series of policies that have both the purpose and the effect of chilling student speech,” Nicole Neily, president and founder of Speech First, wrote in a statement. “One month out from a major political primary, students have been significantly—and unconstitutionally—burdened from participating in the political process.”

The restriction on sidewalk chalking, according to an ISU statement, was initiated in November 2019 following “the escalating volume of chalking on campus.” The university’s student newspaper Iowa State Daily reported several occasions when students with opposing political views erased and altered each other’s arguments written on campus sidewalks. These events include chalk writings denouncing Rep. Steve King (R-Iowa) being crossed out in favor of writings supporting King, and anti-abortion messages being replaced by pro-abortion ones.

In the complaint (pdf), Speech First argues that ISU’s chalking policy, along with the prohibition of using school emails for election campaigns, bans core political speech, including support or opposition to state legislative or presidential primary candidates.

The complaint also includes several accounts of current ISU students, who claim that they refrain from expressing their pro-Trump, anti-socialism, and anti-abortion opinions out of fears someone may deem their speech as a “bias incident” and report them to the CCRS.

In 2018, the CCRS received reports of more than one hundred independent “bias incidents.” Subjects of these reports include support for President Donald Trump, Rep. Steve King, and Gov. Kim Reynolds, as well as issues of gender-specific pronouns and gender-based group membership, which are interpreted as discrimination against LGBT community.