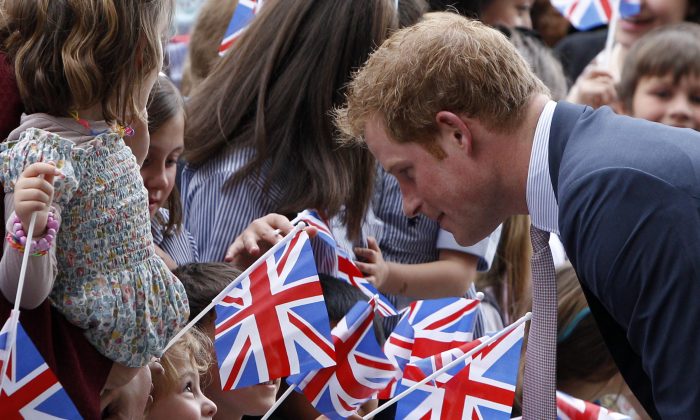 Britain's Prince Harry greets children waving UK flags as he arrives at the MAXXI Museum for an unveiling ceremony of the British pavillion at Milan's Expo 2015, in Rome, Sunday, May 18, 2014. (AP Photo/Riccardo De Luca)
Entertainment

Camilla Thurlow, who is said to be the love interest of Prince Harry, was spotted with the royal in Saint-Tropez, located in France.

Harry and Thurlow have spent their vacation in Saint-Tropez with friends friends Ben Goldsmith and Jemima Jones, according to Us Weekly magazine.

They took a cruise on a yacht.

“It’s a sign that he’s really smitten with Camilla that he feels comfortable to invite her away with friends he’s known for years,” a source who was not named told the publication.

The two were also spotted kissing at a nightclub more than a month ago.

“This was supposed to be Harry’s last summer of fun before he turned 30 and got serious and settled down,” another source added. “It’s also because he deserves some time off work to relax and recharge his batteries.”

The report comes as Harry is slated to earn 10 million pounds as part of his share of Princess Diana’s fortune. He turns 30 next month, which makes him eligible.

It’s the same figure that his brother Prince William got when he turned 30 two years ago. Harry’s sum is said to be larger because of the interest.

Her wedding dress will also reportedly be returned to her sons when Harry turns 30, according to The Mirror.