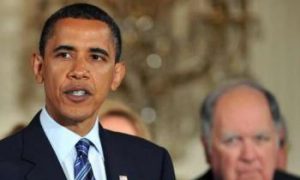 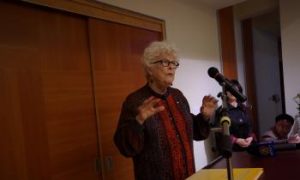 Veteran Actress, Director: 'This comes out from beyond the pristine'
0 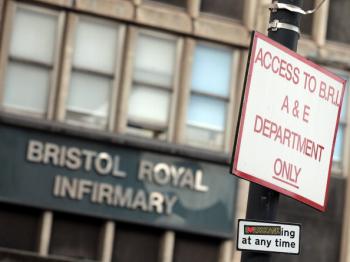 Bristol Royal Infirmary, which is ear-marked for a multi-million pound refurbishment, has wards dating back to 1735. One in five NHS buildings were built before 1948, the year the NHS service was founded, a report by the Department of Health found. (Matt Cardy/Getty Images)
US

By Peter Simmons
Print
NHS reformwas stoutly defended by the prime minister amid a groundswell of criticism from unions, MPs, and some doctors.

Mr Cameron batted away the claim that the pace and scale of changes, coming amid unprecedented savings of £20 billion, would be, in the words of medical unions “extremely risky and potentially disastrous”.

The concerns were set out in a letter to the Times newspaper on Monday, signed by the heads of six medical unions, which also said that the introduction of competition for services is “damaging” to quality of care.

The reforms would see the top-down structure of the NHS dismantled, with the purse strings passed over to doctors in local consortia, which the government says would allow for greater efficiency and better provision of service.

Mr Cameron denies claims that the reforms are paving the way for privatisation of the NHS, arguing that opening provision of health services to competition will improve quality.

The unions say that there is “clear evidence that price competition in healthcare is damaging”.
“With scarce resources there is a serious danger that the focus will be on cost, not quality,” says the letter, published on Monday, January 17th.

With 1.3 million employees, and an annual budget of over £100 billion, the NHS is an institutional leviathan. Mr Cameron argues that early action is needed to overcome the “institutional inertia” that thwarted Tony Blair in his attempts to reform public services.

He denied that the plans were risky and argued that they were needed to stop Britain from falling further behind its European neighbours in terms of care quality.

"Every year we delay, every year without improving our schools is another year of children let down, another year our health outcomes lag behind the rest of Europe, another year that trust and confidence in law and order erodes," said Mr Cameron in a Keynote speech to the Royal Society of Arts in London.

"These reforms aren't about theory or ideology – they are about people's lives. Your lives, the lives of the people you and I care most about – our children, our families, and our friends.

"So I have to say to people: if not now, then when? We should not put this off any longer.

“There is no quiet life option. If we had just carried on as we are I think we would face a very big crunch in two to three years’ time.”

He admitted that his Party had not always shown respect for those who worked in public services.

"I believe previous Conservative governments had some really good ideas about introducing choice and competition to health and education – so people were in the driving seat. But there was insufficient respect for the ethos of public services – and public service," he said to the Royal Society of Arts.

"The impression was given that there was a clear dividing line running through our economy, with the wealth creators of the private sector on one side paying for the wealth consumers of the public sector on the other.

"This analysis was – and still is – much too simplistic. Public sector employees don't just provide a great public service – they contribute directly to wealth creation."

The Health Select Committee published a report on Tuesday which, whilst supporting the notion of better value for money in terms of medical treatments, criticised the government for its sudden change of tack.

“This 'surprise' approach created uncertainty among commissioners and therefore increased the risks and costs associated with delivery of the Nicholson Challenge,” the report concludes.

One committee member – Dr Sarah Wollaston, herself a GP – said it felt like "someone had tossed a grenade" into the NHS.

A letter to the Times signed by 300 GPs also attacked what they see as an undemocratic sudden shift in policy: “There is no democratic mandate for the Bill – the policies received no mention in election manifestos or in the Coalition Agreement.”

The letter claims that the reforms would be "a disastrous experiment with the nation’s healthcare”, and are not supported by the majority of doctors.

"The government’s fulsome claims to be engaging GPs cannot conceal that this 'policy' is a cloak for hospital closures, mergers and privatisation,” the letter states.