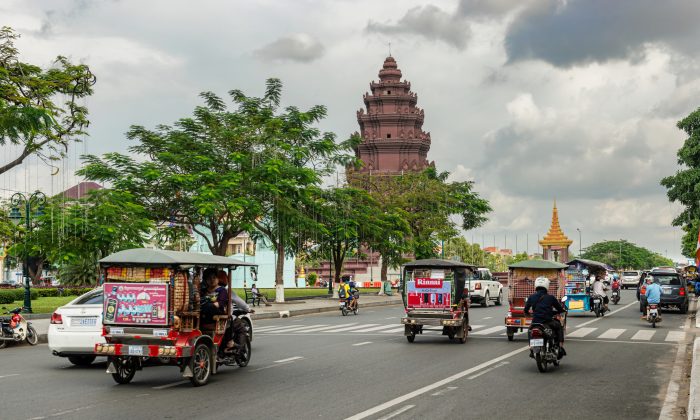 Cambodian authorities have initiated nationwide tracking of all foreigners as part of a crackdown on human trafficking, following reports of thousands of Asian victims being lured and trapped in the country through job scams.

Several suspects have been arrested, and some victims were brought into protective custody. Kheng didn’t specify how many suspects and victims were encountered during the operation.

Some foreigners claimed that they had been lured by job listings offering high salaries, but after arriving in Cambodia, they were forced to work illegally in jobs that were “not what they had agreed to,” Kheng said.

The operation came after Taiwan’s government said that it sought to rescue some 370 Taiwanese victims held captive in Cambodia by criminal groups who lured them into the country with high-paying jobs, Focus Taiwan reported.

Taiwan authorities estimated that as many as 5,000 Taiwanese may have been trafficked to Cambodia and haven’t returned. Taiwan News reported that 72 Taiwanese victims have been rescued as of Aug. 21 and 75 suspected traffickers have been arrested.

Once the victims arrived in Cambodia, their captors allegedly confiscated their mobile phones and travel documents so it would be more difficult for them to escape. They were also subject to physical abuse at the hands of their alleged captors.

Sinarith said that scammers, mainly from China, have used Cambodia as a base for extorting money. Authorities uncovered 74 human trafficking cases in the first half of 2022, arresting 83 suspects and rescuing 156 victims.

Meanwhile, Indonesia’s government has sought cooperation with the Cambodian authorities to eradicate human trafficking after dozens of Indonesians were trafficked to Cambodia through job scams.

Indonesian Foreign Minister Retno Marsudi met with Kheng in Phnom Penh, Cambodia, on Aug. 4 and they agreed on the need to expedite the eradication of cross-border crimes.

As of July, at least 298 Indonesians had fallen prey to fraud and human trafficking in Cambodia in 2022, an increase from the 119 victims in 2021, according to data from the Directorate for the Protection of Indonesian Citizens.

Marsudi also met with the Cambodian national police chief on Aug. 2 to discuss cooperation in the management of victims who haven’t been rescued, as well as in law enforcement and prevention of similar cases.