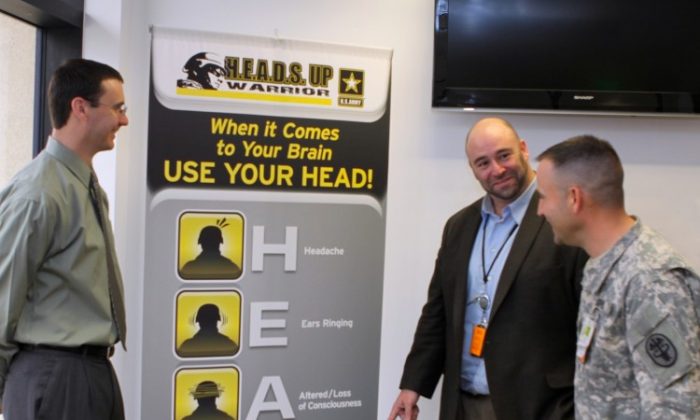 Traumatic Brain Injury (TBI) has long been underreported and misunderstood, but its increasing prevalence in the United States, particularly in the military, is engendering calls for more focus on it.

Within U.S defense forces, mild traumatic brain injury has become the signature injury of the Iraq and Afghanistan wars, largely due to the improvised explosive device (IED). With improvements in protective armor and better medical care, soldiers are returning from close proximity IED explosions, but with impacts to the brain not yet clearly understood, according to University of California’s Dr. Alisa Gean, who contributed to a paper on the issue.

The case of Army Staff Sgt. Robert Bales, however, is sure to raise the profile of the disease in coming weeks.

Bales is accused of a shooting rampage in Afghanistan’s Kandahar Province that left 16 civilians dead in their homes on March 11. According to his lawyer, Bales is unable to recall his actions and his behavior appears out of character, say his friends, family members, and colleagues. There are suggestions his actions may be linked to TBI through an incident during a 2010 deployment in Iraq when his vehicle rolled over and he sustained a concussion.

The Department of Defense (DOD) has struggled to gain information on TBI, to identify it and even to garner specific numbers of those affected. The DOD, for example, estimates that 50,000 soldiers may have TBI. The Pentagon puts that closer to 150,000, while the Rand Corporation suggests that 19 percent of returning service members have experienced a possible traumatic brain injury while deployed.

But it is not only the military that is endeavoring to find authoritative sources. A congressional hearing in Washington, on the eve of National Brain Injury Awareness Day March 21, heard from government health officials, doctors in the field, and nongovernment organizations, on ways to increase understanding of the issue and better coordinate recovery treatment.

According to the Brain Trauma Foundation, TBI occurs when “a sudden trauma, often a blow or jolt to the head, causes damage to the brain.”

The severity of TBI varies. A mild injury is described as concussion, where, headaches, confusion, memory difficulties—and even behavioral problems can result. Moderate TBI can induce brain swelling and sleepiness. Severe TBI is described as a coma state for more than six hours.

TBI affects all ages, all ethnic communities, and all professions, but is particularly prevalent in young children and older people where it is now the leading cause of death and disability.

Among older people, falls are the primary cause of TBI, and among younger people, car crashes and sports injuries are significant contributors.

At the Washington hearing, federal coordination of resources and interagency cooperation in dealing with TBI were of highest concern. But it was the evidence of Dr. Flaura Winston, the founder of The Center for Injury Research and Prevention at The Children’s Hospital of Philadelphia that was most startling.

Winston said research and data were lacking in the area, but work done recently had changed the thinking of how TBI impacted different age groups.

Initially it was thought that children would recover faster and be less impacted from TBI than adults, but recent studies are showing the opposite.

Young children are particularly vulnerable, Winston said. Adult skulls fracture but children’s skulls bend, placing pressure on the brain. Infants also have much stiffer brains than previously believed, and “they injure at much lower levels of impact and energy,” she said.

Teenagers are also more vulnerable than originally thought. Research indicates that disabilities that were unexpected and more pronounced can emerge from a lower level of impact than expected.

Winston said researchers were still trying to understand the way the brain worked but the new knowledge “will inform our future interventions.” She cited better helmet and headgear design for sports as examples.

Every day 125 children either die or are hospitalized because of TBI, Winston said, adding on a more positive note, “The good news is we know how to avoid traumatic brain injury—protect the brain from blows and jolts. … Prevention is the best medicine.”

But she noted the limits to prevention, saying, “Recovery was the best line of defense.”

Dr. Mark Ashley, chair of the Brain Injury association of America, said inadequate recovery treatment for a TBI victim can be catastrophic. He listed a range of outcomes including greater disability, homelessness, criminal behavior, and suicide.

The effects of TBI were complex, varied, and difficult to determine, he said, noting that it requires care across a “spectrum of settings.”

The cost is high to society—estimated to be around $53 billion a year in the United States—but comprehensive recovery programs could make all the difference to a victim.

“Traumatic brain injury can change how you move, talk, think, and feel” Ashley said, adding that it particularly affects the length and quality of life. But victims and their families are rarely able to advocate for themselves, relying on policy to give proper rehabilitation.