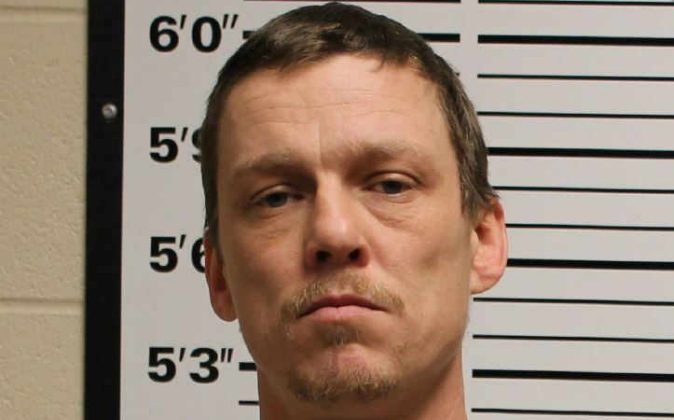 Martin Blake was given a prison-free sentence by Montana judge John McKeon after he pleaded guilty to one count of incest on Oct. 4. The lenient sentenced has sparked outrage and a petition calling for the impeachment of McKeon. (Valley County Sheriff's Office)
US

A Montana judge is under fire after reducing the punishment in an incest case involving a father and his 12-year-old daughter.

Valley County District Court Judge John McKeon sentenced Martin Blake, 40, on Oct. 4 for one count of felony incest to 30 years to the Montana State Prison with all of the time suspended, reported the Glasgow Courier. In addition to his 30-year suspended prison sentence, Blake was sentenced to 60 days in jail with credit for 17 days.

McKeon also ordered that Blake complete community-based sex-offender treatment and register as a sex offender. McKeon, who is set to retire next month, called his prison-free sentence “quite restrictive” and “quite rigorous.”

Michael Sullivan, the director of the South Central Treatment Associates, determined that Blake could be successfully rehabilitated and monitored within the local community.

Under the proposed plea agreement, two counts of incest were dismissed and prosecutors recommended that McKeon sentence Blake to a 25-year minimum sentence out of the 100 years Blake initially pleaded guilty to. McKeon refused citing the overwhelming support of Blake’s loved ones, his church, and his employer for the child rapist.

McKeon indicated that one of Montana’s sentencing policies is “to encourage and provide opportunities for an offender’s self-improvement, rehabilitation and reintegration back into a community,” he said in a press release, reported KVTH.

The victim’s mother gave a statement in court and asked for McKeon to not sentence Blake to an extended amount of time in prison, considering he is the father of two sons.

Rolling Stone Heading to Trial Over Debunked Story of Rape

“I do not feel 25 years in prison is necessarily the best way for the defendant to pay for what he has done. The defendant made a horrible choice. He needs help—not to spend 25 years locked up,” she said.

“He is not a monster, just a man that really screwed up and has been paying in many ways since and will continue to have to pay through this justice system and with the loss of family and friends and his own conscience. Please help him find the help he needs, as well as our family.”

McKeon’s lenient sentencing sparked outrage among community members and have created a petition calling for the impeachment of the judge. The Petition To Impeach Judge John McKeon has gathered nearly 14,000 signatures. Petitioners stated that McKeon failed the community and the victim by letting Blake walk-free.

“It is time to start punishing the judges who let these monsters walk our streets. Judge Mckeon [sic] is retiring very soon and does NOT deserve to collect retirement from the people of Montana, stated the petition. “He did not fulfil [sic] the duties of the position we elected him for.  He acted without respect for the laws of the state of Montana.”

McKeon wrote a lengthy statement in response to the the Glasgow Courier report explaining the decision he made.

After public outcry, Rambold was resentenced to 10 years by Judge Randal Spaulding. The victim committed suicide in 2010.