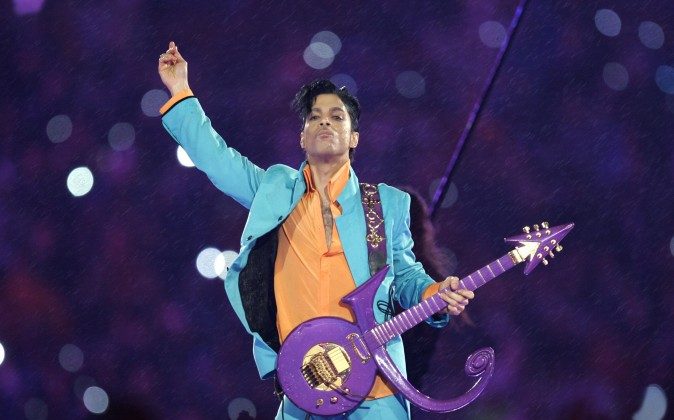 In this Feb. 4, 2007 file photo, Prince performs during the halftime show at the Super Bowl XLI football game at Dolphin Stadium in Miami. Prince, widely acclaimed as one of the most inventive and influential musicians of his era with hits including "Little Red Corvette," ''Let's Go Crazy" and "When Doves Cry," was found dead at his home on Thursday, April 21, 2016, in suburban Minneapolis, according to his publicist. He was 57. (AP Photo/Chris O'Meara)
Entertainment

A woman five years ago is said to have called 911, claiming that singer Prince had a cocaine habit that he “could not control,” according to reports this week.

The unknown woman said that Prince, born Prince Rogers Nelson, was severely addicted to cocaine as far back as 2010. The woman claimed to have been on tour with him in Germany, and she called Carver County police from Germany to report her suspicions. Minnesota police recently released the records, The Daily Beast reported.

Carver County Sheriff’s Office released call log data ranging from Jan. 1, 2011, to Prince’s death on April 21 of this year. Police and emergency services got 46 calls from Prince’s estate in that timeframe.

Most were due to minor issues, including attempted trespass and dehydrated fans. But in June 2011, a female caller was “concerned about Prince’s cocaine habits,” the report said. “He advised her last year in Germany that he cannot control his habit, and she was advised to report it.”

Police didn’t act on that information, saying the “info is a year old and she did not specify that Prince is in immediate danger.”

Meanwhile, the Minneapolis Star-Tribune reported that Prince was slated to “meet with a California doctor in an attempt to kick an addiction to painkillers” but he died a day earlier.

The report stated that Dr. Howard Kornfeld, who runs a Californian rehab clinic, Recovery Without Walls, got a call from Prince’s team on April 20 as Prince “was dealing with a grave medical emergency,” said William Mauzy, a Minneapolis attorney who is working with the Kornfeld family.

Kornfeld sent his son to Prince’s home to meet with the singer and he planned to fly out the next day.

Prince was found slumped in an elevator inside his Paisley Park home in Chanhassen.

No immediate cause of death has been revealed.

He was “not on any drugs that would be any cause for concern,” lawyer L. Londell McMillan.

“People use medication. The question is, are you on meds in a dangerous way?” he said.

McMillan said that Prince, who is a vegan, was famed for his clean lifestyle, ABC reported.