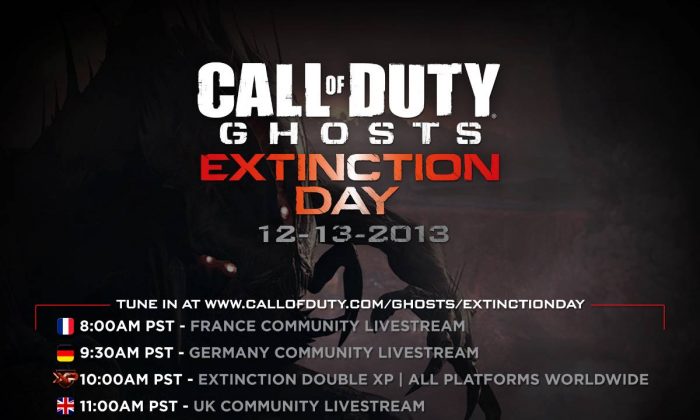 ‘Call of Duty: Ghosts’ Extinction Day Will be Worldwide Collaboration for Players

The “Call of Duty: Ghosts” Extinction Day on December 13 will bring players around the world through community livestreams.

The Call of Duty community said that it invites fans around the world to fight off alien swards on Extinction Day, which is going with the hashtag #ExtinctionDay.