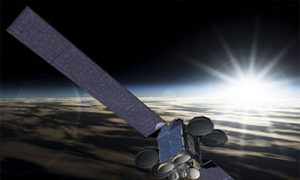 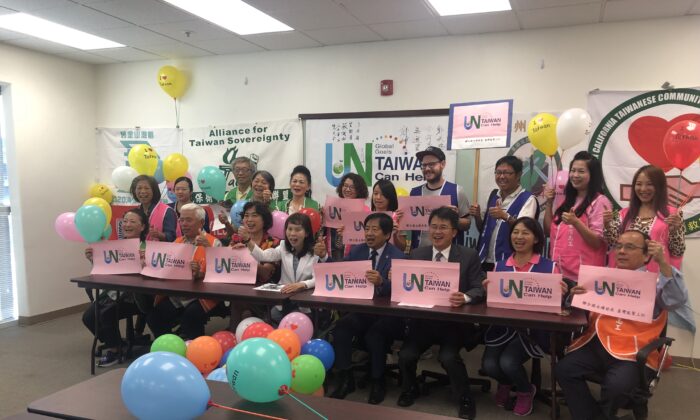 On September 11, 2019 the Taiwanese community held news conference in Milpitas, California to support Taiwan to become the formal member of the United Nations. (Nathan Su/The Epoch Times)
US News

Several Taiwanese organizations in Northern California have recently held activities to voice their support for allowing Taiwan to formally become a member of the United Nations and vow to protect Taiwan’s sovereignty from China.

“Taiwan wants to join the United Nations as Taiwan, not as the Republic of China (ROC) returning to the United Nations,” said Wenxiong Li, a commissioner of Taiwan’s Overseas Community Affairs Council (OCAC) in Northern California.

Li’s comment was made at a news conference in Milpitas on Sep. 11. The event was held by the following eight local Taiwanese community organizations:

When asked why Taiwan wants independence from China, Li said that “we just want to be ourselves,” and commented that if people in Taiwan always think about being a part of China, then “Taiwan has no future.”

The ROC was a sovereign country that existed between 1912 and 1949 in mainland China. However, the ROC government fled to Taiwan after losing control of mainland China in 1949, and the country has been known as the People’s Republic of China (PRC) ever since.

The issue of how to join the United Nations has been a controversial one in Taiwanese society. The people who are pro-reunification with China want to return to the United Nations as the ROC, while the pro-independence camp wants to join as an independent nation called Taiwan.

Under President Tsai Ing-wen, the current administration of Taiwan has implemented pro-independence policies.

Li explained that Taiwan has its own citizens, government, military, sovereignty, Constitution, presidential elections, and diplomatic relationships with its allied countries, so therefore Taiwan is a nation that should be allowed to join the United Nations as its own country.

“The United Nations shall resolve Taiwan’s member status based on the principles of fairness, justice, tolerance, and offering services to all people in the world,” said Yan Shurong, the director of CCTECOSF, at the news conference. Yan also asserted that Taiwan can help developing countries at every corner of the world.

“Joining the United Nations is the expectation of 23 million people in Taiwan,” stated Zheng Wulue, head of AFTS. He said the it took PRC 22 years to become a UN member, so Taiwan should make the same persistent efforts in pursuit of its membership.

Taiwan’s efforts to join the United Nations have been blocked by China and its allied countries with the excuse of the One China policy. Yielding to China’s political pressure, the United Nations has not only rejected Taiwan’s formal membership, but also Taiwan’s participation in any UN activities as a non-member. Additionally, According to Taiwan’s Ministry of Foreign Affairs, Taiwan passport holders are not allowed to enter the UN premises, and Taiwanese journalists are barred from UN events.

Besides China’s objections, Taiwan’s own Constitution has also seemed to play a troublesome role for the island nation’s efforts of attaining its UN membership.

Both the PRC’s and Taiwan’s Constitutions claim the sovereignties of China and Taiwan. If Taiwan were to be accepted by the United Nations, then China and Taiwan would likely be doubly represented.

While voices in Taiwan’s society have proposed that Taiwan amend the current Constitution to exclude China from its sovereignty, these efforts have never prevailed because of security concerns from China’s military threats.

China has been trying to reunify Taiwan using the Hong Kong model of one country with two political systems. However, this model is now widely considered a failure by Taiwanese society.

Since Beijing’s government has no current relations with or authority over Taiwanese society, the 23 million people in Taiwan currently don’t have any representation in the United Nations.

As the current pro-democracy protests in Hong Kong continue into their 4th month, voices in favor of protecting Taiwan’s independence are louder than ever this year.