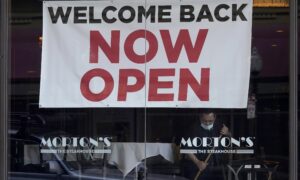 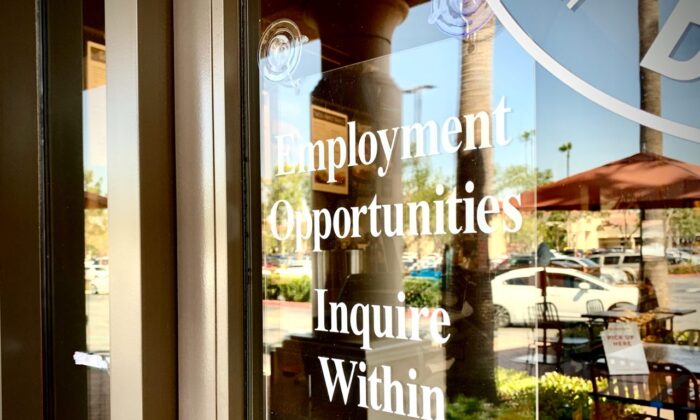 California is getting to work and employers are looking to hire.

The good comes from the California’s Employment Development Department’s (EDD) most recent data.

California’s March unemployment rate shrank to 8.3 percent from 8.5 percent in February. Notably, this is still substantially above the 4.5 percent unemployment rate in March 2020, when the pandemic led to panic buying of toilet paper, the sudden cancellation of St Patrick’s Day plans, and the beginning of government-imposed stay-at-home orders.

About 16.1 million Californians are now in a wage-paying job—about 119,000 more than in February.

The figure is still down from some 17.5 million jobs in March 2020. Year-over-year, there are now 1.35 million fewer people employed in California.

At a pace of 119,000 new jobs per month, it will take another 11 months to get back to pre-pandemic employment levels in the Golden State.

However, job prospects do look strong.

According to its most recent analysis of online job postings, job postings are up substantially in all California’s major cities from just a month ago.

Especially sought-after are registered nurses. The EDD’s analysis shows there were 27,874 job postings for registered nurses in California in March, up 15 percent from the month-ago period.

Potential employers in the health care and social assistance sector as a whole were looking to fill 132,618 jobs vacancies in March, almost double the 70,860 vacancies retailers were trying to fill via online recruiting. This is particularly astonishing not only because retailers are often one of the largest employers, but also because so many retail jobs were lost during the pandemic.

And in line with what California-based purchasing managers told to Chapman University in its most recent survey of such professionals last month, manufacturing job vacancies being touted online were up 20 percent from the previous month.

The nearby table shows the top occupations, the top cities and the top employment sectors for which job vacancies are being advertised in some online forums.

As the data shows, employment prospects look strong but many more Californians still need to get back to work before their labor situation returns to pre-pandemic levels.